Africa: Why Girls' Education is Key in War Against Climate Change 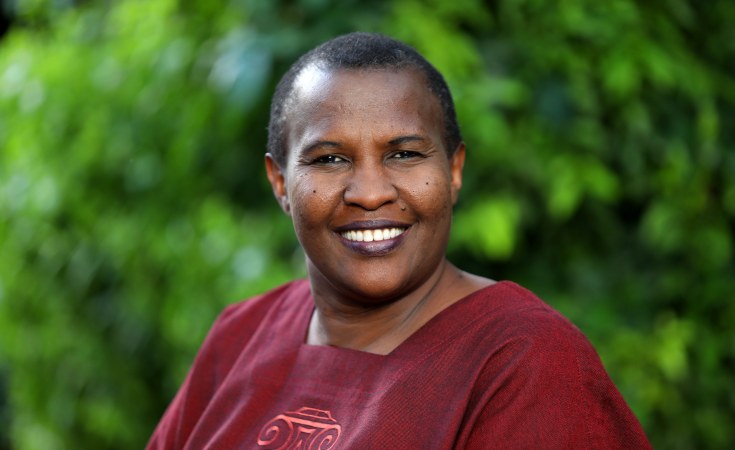 One year ago I was on an all-female expedition to Antarctica aimed at heightening women's influence as decision-makers on issues that shape our planet. It wasn't long before I discovered I was the only African-born woman on the trip. The first thing I thought was: how did I get here and how can I use this experience to benefit others?

I reflected on this over the following three weeks, even as I was awed by the beautiful wildlife, blue icebergs and the sublime awesomeness of the Antarctic Ocean. I realized then and there how my parent's investment in my education had opened up this and many opportunities in my life and I returned home determined to advance the education of girls. But educating girls does not just unlock individual opportunities like mine - it is a vital but overlooked solution to one of the biggest catastrophes Africa and the world has ever faced: climate change.

The urgency of addressing climate change is evident from Antarctica, where 25 square miles of a massive ice sheet has just crumbled into the sea, to southern Africa, where Cyclone Idai, one of the worst recorded tropical cyclones to affect Africa and the Southern Hemisphere. Idai left at least 746 dead, over 2,390 injured and over 2.9 million people impacted in Mozambique, Zimbabwe and Malawi. Meanwhile, extremes of drought are also rising and, by 2020, up to 250 million people in Africa may suffer from decreased access to water, and yields from rain-fed agriculture may drop by 50 percent.

To rise to the challenge, African and global leaders must think beyond standard solutions. Africa Climate Week, held last month in Accra, Ghana, did not go far enough. Although the meeting covered crucial topics such as National Climate Action Plans, Cities and Local Action, Energy Transition, Nature-based Solutions and Climate Finance, Girl education was not part of the agenda.

While rarely considered together, progress in girls' education and climate change are integrally connected. A ground-breaking study by the global coalition Project Drawdown identified family planning and educating girls among the top 10 out of 100 most powerful solutions to addressing climate change. Data from the World Bank shows that girls with 12 years of education or more will have four to five fewer children than girls with little or no education.

Furthermore, with fewer people being born, carbon emissions will be reduced - effectively, simply, and permanently. Having one fewer child is estimated to reduce emission reductions by the equivalent of 58.6 tons of CO2 per year. This is calculated to be more effective than commonly promoted strategies like recycling, eating a plant-based diet or changing household lightbulbs.

It is also important to note that when girls are afforded an education, they are uniquely positioned to be part of solutions in the fight against climate change. A 2017 study by Brookings comparing girls' education and climate vulnerability in in 162 countries found that for every additional year of schooling a girl receives on average; her country's resilience to climate disasters improves by 3.2 points. Five African countries that had the lowest numbers of girls going to school also had the lowest levels of resilience to climate disasters. With 52 million girls still out of school in Sub-Saharan Africa, climate resilience is unlikely to improve.

The positive impact of girls' education on climate resilience can be seen in South Africa's iconic Kruger National Park, a global safari destination. Despite its abundant wildlife and a thriving ecotourism economy, hundreds of thousands of women and youth in villages surrounding the park still live in poverty and rely on smallholder agriculture, even as increasing drought threatens water supplies.

My colleagues at Conservation International in South Africa have partnered with the Local Department of Education and Department of Health to support sexual and reproductive health education and leadership training. In just under a year, teenage pregnancies at Manyangana High School fell from an average of 16 per year to just one per year, and the percentage of girls graduating high school increased from 32 percent to 99 percent in three years. Local female youth leaders are now driving activities that increase community resilience to climate change. One young woman has started a local Scouts program for 250 children - creating the next generation of field rangers and conservationists.

As an economist working at the intersection of development and conservation, I know that we are running out of time to address climate change. If the 52 million girls currently out-of-school in Africa are given a chance to go to school, they will grow to become change makers and problem solvers for Africa and the planet just like the women I met in Antarctica.

The United Nations Climate Action Summit that will take place on 23rd September 2019 provides an excellent opportunity for African policy makers to seize this moment and add Girls' Education to the climate change agenda.

Alice Ruhweza, the Vice President of Programs and Partnerships at Conservation International in Africa