Africa: Is Africa's Thumbs Down to Media Freedom a Case of Follow the Leader? 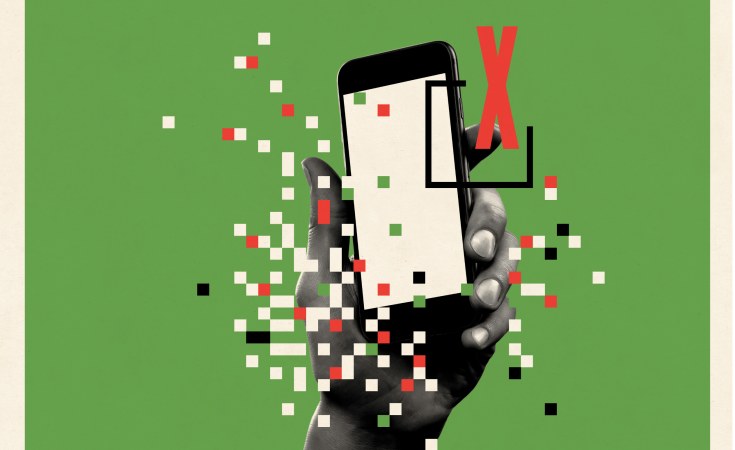 A minority of Africans now supports media freedom, a key survey shows. Attacks on the media by politicians and inaction by the media and its watchdogs could be to blame for the decline, the lead author of the poll says.

The release of the Afrobarometer report on the public-opinion survey on media freedom in Africa comes days ahead of World Press Freedom Day on 3 May. DW's Isaac Mugabi asked the lead author Jeff Conroy-Krutz about the survey's findings.

DW: Tell us about this survey

Jeff Conroy-Krutz: It is just one of a series of reports that Afrobarometer is releasing over its 2016/2018 round of surveys. The reports are based on surveys that were done with 45,000 Africans in 34 different countries.

What are the key findings?

The report focuses on Africans' attitudes on media freedoms particularly. The most striking finding is that for the first time in Afrobarometer's history we see a plurality of people surveyed more supportive of government's rights to restrict media that are broadly supportive of media freedoms. This represents some very serious declines in support for media freedom over the last about seven to eight years.

In other words, Africans are willing to allow their private conversations to be monitored?

This isn't about surveillance. It's about the rights of journalists, broadcasters, and also independent citizens operating social media accounts or running blogs and their rights to share their opinions, to monitor what governments are doing etcetera.

It's not necessarily clear what is driving this and there are two big possible explanations. One is that Africans don't like what they are seeing in the media of late. And there are lots of things that people may not like: A lot of media outlets are biased and present very narrow viewpoints; there are some concerns that as you have more and more media actors, the quality of journalism declines and standards associated with journalism decline. Of course, there's the rise of hate speech in too many countries and, finally, all the attention is being paid to misinformation - or 'fake news'.

People just may not be responding well to what they're seeing in the media, but the other possible explanation is that they're responding to what they're hearing from their leaders. Increasing numbers of very powerful politicians, leaders of countries in Africa but also more broadly around the world, are attacking the press because they feel threatened by a newly-vibrant media. Citizens might also be responding to these attacks, giving them more negative attitudes about the media and they are more willing to support government clamping down on it.

When it comes to freedoms of expression -space for both civil and political in Africa is shrinking. Who is to blame, the leaders or civil society organizations that may not have played their role?

On the one hand, our data suggest that although a lot of independent reporting by watchdog groups has documented the shrinking civic space in Africa - specifically with regards to an increasing number of attacks, new regulations and restrictions on the media - the majority of Africans actually see media freedoms as improving in their countries.

They are more likely to say that media freedoms are improving in their country than is decreasing and yet they seem to not like this. It's unclear what exactly they're responding to and it's also unclear whose 'fault' this is.

On the one hand, I don't think you can absolve any politicians of any kind of blame here: politicians of all kinds of stripes have been really vigorously attacking both individual media actors and also the media generally and social media, which so many people use. I think citizens are responding to this as well. On the other hand, there have been criticisms that civil society organizations and news outlets themselves have not done a very good job of doing things like fighting misinformation, fighting hate speech, fighting the very things that people are frustrated about in their media. This isn't a situation in which there is one villain. There are lots of folks who need to clean up their acts or who need to adopt new kinds of practices in order to improve the situation

Do you think Africans are or feel free to say what they think in general?

This is something that the Afrobarometer Survey has been asking about since day one, which is about 20 years ago. At this point we are talking about hundreds of thousands of Africans who've been interviewed and generally speaking, although there's a lot of variation from country to country, people tell us that they feel like they can share their opinions openly. The question is whether there's a difference between free speech and freedom of the press. People have generally been more supportive of their own individual rights to freedom of speech and feeling that they can say what they would like. But then at the same time, they've been questioning whether the press should have similar freedoms and whether the press is as free in their countries as they should be.

Previous Story
Media Freedom On the Defensive Across Africa
Next Story
'Get Them All Out!' the Panama Papers Connections to Algeria's Latest Revolution

Media Freedom On the Defensive Across Africa

'Get Them All Out!' the Panama Papers Connections to Algeria's Latest Revolution

Moroccan King Pardons Journalist Accused of 'Abortion'
Tagged:
Copyright © 2019 Deutsche Welle. All rights reserved. Distributed by AllAfrica Global Media (allAfrica.com). To contact the copyright holder directly for corrections — or for permission to republish or make other authorized use of this material, click here.