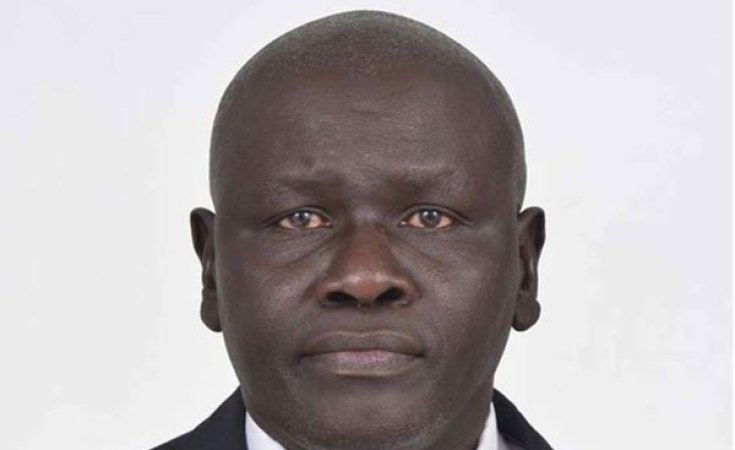 Daily Nation
An undated picture of Aggrey Idri, the chair of Vice President Riek Machar’s Sudan People's Liberation Movement-in-Opposition (SPLM/IO) party, who was last seen at his residence in Kilimani, Nairobi, on January 24, 2017.
The Nation (Nairobi)
By Vincent Achuka

Two South Sudanese government critics who disappeared from Nairobi in January 2017 were executed in Juba within a week after their disappearance on a farm owned by President Salva Kiir.

Dong Samuel Luak, a prominent South Sudanese lawyer and human rights activist was last seen at Nairobi's Central Business District heading to board a bus at 9pm on January 23, 2017.

A damming report submitted to the United Nations (UN) Security Council, by a panel of experts tasked to probe the conflict situation in South Sudan, has said Mr Luak and Mr Idri were kidnapped by the Internal Security Bureau (ISB) of South Sudan in Nairobi.

They were then flown to Juba where they were executed three days later.

Juba has however reacted angrily to the report, telling the UN to ask Nairobi about the whereabouts of the two.

"These people were apprehended in Nairobi. They have not been brought to us. We are not responsible for any disappearance of any South Sudanese around the world," Michael Makuei, South Sudan's Minister of Information, told international wire service Reuters on Wednesday.

Foreign Affairs Cabinet Secretary Monica Juma and her Principal Secretary Macharia Kamau were not available for comment on the matter.

The UN has however said the two men who disappeared on January 23 and 24 respectively were transported "from Kenya to Juba in a commercial plane on 27 January 2017, chartered with the help of the Embassy of South Sudan in Nairobi."

"Once in the South Sudanese capital, the two men were taken to an ISB detention facility in the compound that serves as the National Security Service headquarters, commonly known as "the Blue House," says the investigation report.

"It is highly probable that Mr Idri and Mr Luak were executed by ISB agents at the Luri facility on January 30, 2017 on orders from Lieutenant General Akol Koor Kuc," notes the UN.

While reacting to the report, Amnesty International (AI) chided Kenya and South Sudan for failing in their international obligations and defence of human rights.

"Both governments must end the blanket denials now, tell the families and the world what exactly happened to the two men and bring those responsible to account," said Mr Seif Magango, AI deputy director for East Africa, the Horn, and Great Lakes Region.

South Sudan Agrees to Delay Forming a Transitional Govt
Tagged:
Copyright © 2019 The Nation. All rights reserved. Distributed by AllAfrica Global Media (allAfrica.com). To contact the copyright holder directly for corrections — or for permission to republish or make other authorized use of this material, click here.