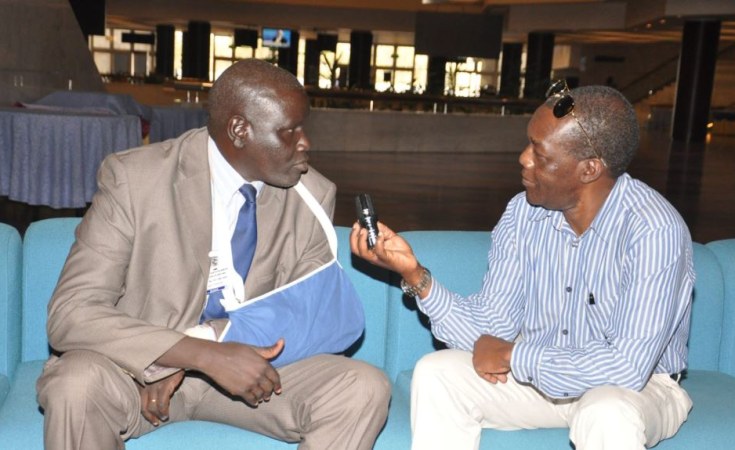 The report, released Tuesday, says ISB agents transported the two men from Kenya to Juba in a commercial plane on January 27, 2017, chartered with the help of the South Sudan's embassy in Nairobi.

It says Luak and Idri were then moved to a sprawling detention facility in Luri, about 20 kilometers west of Juba, and killed three days later.

The panel states it received and reviewed a number of independent reports from what it called highly credible and well-placed sources.

‘’These accounts corroborate each other across a number of key details, leading the Panel to conclude that it is highly probable that Aggrey Idri and Dong Samuel Luak were executed by Internal Security Bureau agents at the Luri facility on 30 January 2017, on orders from the commander of the National Security Service training and detention facilities in Luri, the Commander of the National Security Service Central Division and, ultimately, Lieutenant General Akol Koor Kuc," the U.N. panel said.

The report states that South Sudan’s government denied knowing the whereabouts of Idri and Luak. Authorities said that they did not know what had happened to the two men, adding that whatever occurred appeared to have taken place outside of South Sudan.

South Sudan's presidential spokesman, Aten Wek Ateny, has told VOA’s “South Sudan In Focus” team on several occasions that the government is not to blame for Luak and Idri’s disappearance.

"It is clearly incumbent on the government of South Sudan now to act and to look into this allegation and evidence that have been brought forward and to give access to the National Security [facility] location where they were held, talk to witnesses who saw them, access Luri and find the place of burial,” Henry said.

The families of Dong Samuel Luak and Aggrey Idri told VOA in December that senior government officials in South Sudan were behind the disappearance of their loved ones.

Idri’s wife Aya Warille said she holds South Sudan’s first vice president, Taban Deng Gai, responsible for her husband’s disappearance. Warille said Gai had been a close friend of her husband, but said since Idri disappeared, Gai ignored her phone calls and attempts for a meeting.

“South Sudan In Focus” requested to speak with Gai about the U.N. report but he declined, saying the Juba government would issue a statement. He did not specify when.

The U.N. Panel said the alleged deaths of Luak and Idri offered what it called ‘’sobering reflection’’ of the challenges facing implementation of the revitalized peace agreement given the violent legacy of South Sudan’s conflicts, while highlighting the power of the National Security Service, of which the ISB is a part.

The panel's report noted that six months after the signing of South Sudan’s revitalized peace agreement on September 12, 2018, no political detainees have been released from detention. The terms of the deal required the warring parties to release all prisoners held in connection to the conflict that erupted in 2013.

South Sudan Agrees to Delay Forming a Transitional Govt
Tagged:
Copyright © 2019 Voice of America. All rights reserved. Distributed by AllAfrica Global Media (allAfrica.com). To contact the copyright holder directly for corrections — or for permission to republish or make other authorized use of this material, click here.