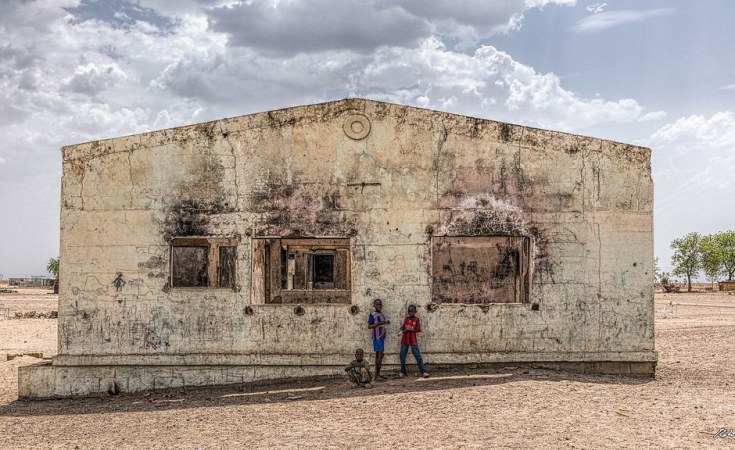 United Kingdom's Foreign Secretary, Jeremy Hunt, on Wednesday visited Borno State, the epicenter of Boko Haram activities, to show UK's commitment to supporting Nigeria and its neighbours in the fight against Boko Haram and Islamic State in West Africa.

Foreign Secretary Hunt who arrived in Nigeria on Tuesday April 30, visited Maiduguri, the capital of Borno, on Wednesday May 1.

In Maiduguri, Hunt visited the World Food Programme warehouse where he spoke to people providing life-saving support to millions who had fled their homes following attacks by terrorists.

The Foreign Secretary also met with the UK Military Liaison and Support Team working with the Nigerian military.

"People are being forced from their homes by the evils of extremism and terrorism. Boko Haram and Islamic State are the antithesis of the values we all hold dear, and we will continue to support Nigeria in the fight to give people secure, prosperous and happy lives," he said while speaking in Maiduguri.

He said the UK was providing a substantial and increasing package of security, humanitarian and development support, which include training and capacity building for Nigerian armed forces deployed in the North-east.

He noted that the UK had trained over 30,000 Nigerian troops in recent years.

"As the second largest humanitarian donor, the UK government was one of the first to respond to the crisis, investing £300 million in live-saving aid over 5 years to reach over 1.5 million of the most vulnerable people. UK support is also addressing root causes of the conflict, helping the Nigerian government to deliver for its citizens in the longer term, including in health and education," Hunt said.

He also said the UK-Nigeria Security and Defence Partnership, signed during the Prime Minister's visit to the country in 2018, will increase UK's co-operation in the fight against terrorist groups and other security challenges.

Hunt however said, "Nigeria needs to plan for civilian-led stabilisation and development in areas where the military has ousted the terrorist groups. Together with international partners, the UK will continue supporting Nigeria and its neighbours to tackle threats to regional stability."

The Foreign and Commonwealth Office had earlier announced that Hunt's visit was part of the new UK diplomatic push across Africa, including French-speaking countries where the UK had traditionally played a smaller role.

In a short video clip of his visit to Maiduguri released by the Foreign and Commonwealth Office, Hunt noted that in any conflict situation, the first people to lose out were the local population.

He said in such situation, there can be no development or escape from grinding poverty.

Buhari's Security Joke In Poor Taste for Many In Nigeria
Tagged:
Copyright © 2019 This Day. All rights reserved. Distributed by AllAfrica Global Media (allAfrica.com). To contact the copyright holder directly for corrections — or for permission to republish or make other authorized use of this material, click here.