Rwanda: Opinion - Rwanda's Paul Kagame - an Enemy of the Media Parading As a Statesman 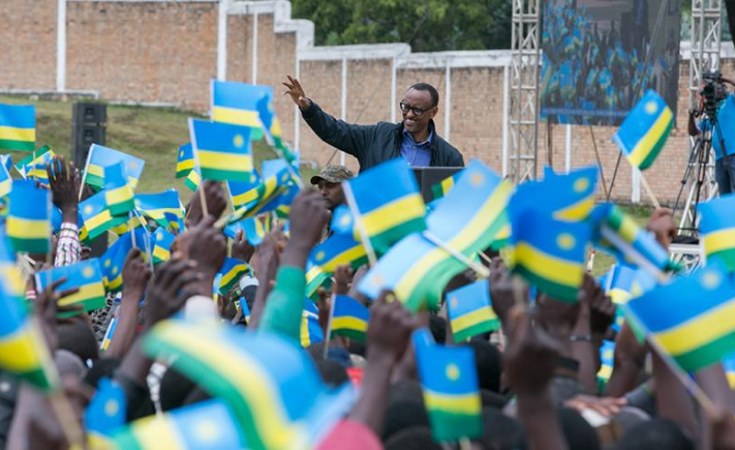 Paul Kagame's rigorous suppression of the media has made him Rwanda's unchallenged leader. So don't buy it when he suddenly says journalists should not be jailed for insulting the president, warns DW's Fred Muvunyi.

In a rare and stunning statement on 25 April, President Kagame voiced support for the decriminalization of dissent. Reacting to the Supreme Court's decision to decriminalize defamation offences related to public officials but to uphold a law on defaming the president, he said he "takes issue" with the latter.

Kagame stated it should be a civil not a criminal matter. He called for further debate on the law under which those who insult or defame Rwanda's head of state can be jailed for a minimum of five years. The chief justice defended the decision, saying the president needed protection because of his service to the country.

Outwardly, Kagame's statement ought to bode well for media freedom and freedom of expression. However, there's just one problem: He has tricked Rwandans before.

In 2013, Kagame publicly stated that he did not want to run for a third term. Meanwhile, behind the scenes his aides were figuring out a way to make that possible. Kagame now has the right to be president until 2034.

In 2011, a year after his reelection for a second term, Kagame approved various reforms that were supposed to ease the government's grip on the media. The system of state media regulation was abolished in favor of the independent and self-regulatory Rwanda Media Commission in 2013. I was elected to head that commission.

A year later, Kagame showed his true colors when he ordered his entourage to shut down the Kinyarwanda-language service of the British Broadcasting Corporation (BBC) over a documentary it made and aired abroad. The presidency accused the BBC of including the views of Kagame's critics.

I don't blame the judges or lawmakers who sanction Kagame's draconian laws. They are doing what he hired them for -- to validate his statutes at his pleasure and catch his napkin before it falls.

Despite some of his seemingly meek and conciliatory rhetoric, Kagame is feared across the country. He crushes dissent and jails opponents. Some have mysteriously disappeared or been found murdered.

That journalists have been among those killed, imprisoned or forced into exile leaves a situation where journalists who are unable to work freely are forced to self-censor if they want to work at all.

Senior military officials such as Frank Rusagara and Tom Byabagamba are languishing in prison under lengthy sentences for criticizing the government. Those who found an opportunity to flee abroad, live in constant fear.

Kayumba Nyamwasa, a former general and confidante of Kagame, has survived three attempts on his life. Former spy chief Patrick Karegeya was not so lucky - he was found strangled in a hotel room in South Africa in 2014.

When it comes to political space and press freedom in Rwanda, Kagame's regime seems allergic to real progress. His statement on defamation may lead to the scrapping of the law, but that doesn't make him a visionary who should be embraced just yet.

Other means exist to persecute critics or clamp down on the opposition. History teaches us that authoritarian or tyrannical leaders don't change overnight but often die still trying to hold on to power.

Moroccan King Pardons Journalist Accused of 'Abortion'
Tagged:
Copyright © 2019 Deutsche Welle. All rights reserved. Distributed by AllAfrica Global Media (allAfrica.com). To contact the copyright holder directly for corrections — or for permission to republish or make other authorized use of this material, click here.