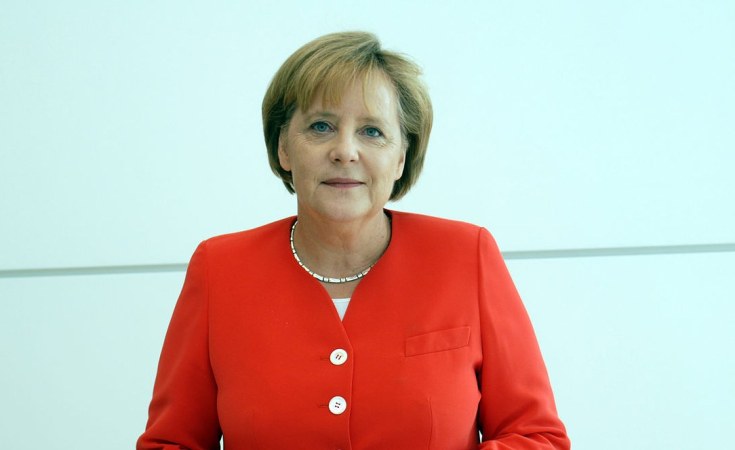 During her West Africa trip, Chancellor Angela Merkel faced a student's question on why the region's armies are weaker than terrorists. From Burkina Faso she flew to Mali, where German UN troops are deployed.

A student had asked why African soldiers were being killed by terrorist-captured weapons supplied by countries like France, Germany, China and Russia.

Germany must be "restrictive" with its arms sales, Merkel replied, but allow armies of democratic African states to be "well-equipped."

Traveling with Merkel, DW correspondent Michaela Küfner said students at Ouaga I University gave the chancellor a "grilling," also on the question of why Germany "followed" the African policy "lead of former colonial power France."

Merkel promised to do "her part" in persuading France and Italy to adopt a common EU policy on war-torn Libya, where she said misappropriation of arms was the biggest problem.

With Libya split by its current military crisis, she said, stability could not be established across the Sahel, another dangerous region for African migrants trying to reach Europe.

On day two of her three-day trip, she flew on board a A400M military transport plane to Gao, a town in restive northern Mali, where she described conditions in the 50-degree Celsius (122-degree Fahrenheit) temperatures as "difficult."

Germany has about 850 soldiers stationed in Mali as part of a United Nations peacekeeping mission that began in the country in 2013, and as part of an EU training mission.

Medico International said military interventions in the region, including Niger with its migratory routes to Europe, had not brought security to civilians.

"The number of militias had multiplied and state governance is less present in many localities than before," said medico.

"The Sahel zone must not be built out to become the "castle trench" of Europe, said opposition Left party federal parliamentarian Ulla Jelpka.

Opposition Greens deputy chairperson Agnieszka Brugger said there must not be any procrastination in peace efforts in the Sahel.