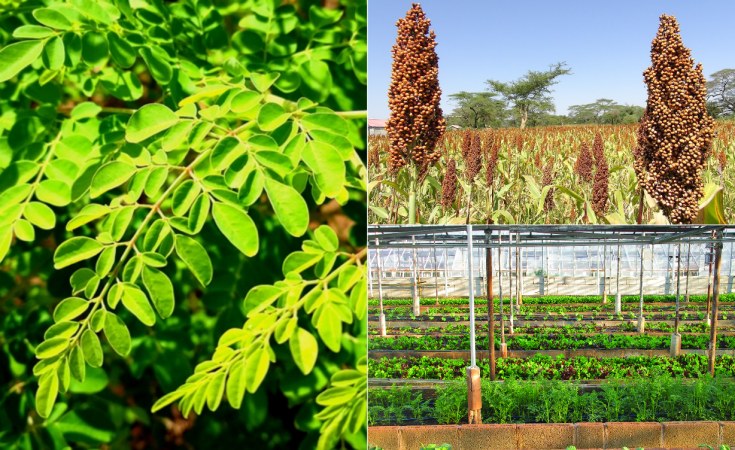 Chef Bela Gil found her solution in Brazil's Amazon; in India, Anahita Dhondy discovered her answer in her grandmother's recipes; and Rosette Fien, an entrepreneur in Cameroon, pulled what she needed from the environment around her.

The trio is among a growing number of culinary innovators tackling unhealthy diets by concocting meals with local, sometimes forgotten, grains and plants to nurture better health but also alleviate poverty and even protect the environment.

For the race is now on to tackle unhealthy eating that has overtaken smoking as the world's biggest killer, according to the latest Global Burden of Disease study that found one in five deaths in 2017 was due to poor diet.

It was after visiting the Amazon for the first time in 2014 that Brazilian television celebrity chef Gil realized the rainforest held unexpected culinary treasures.

"The Amazon is (much) more well understood about (its) medicinal properties; we don't look much to the Amazon as a resource for food," Gil, who also has several cookbooks to her name, told the Thomson Reuters Foundation.

Exploring the jungle's nuts, fruits and plants, she saw the forest held the key to better nutrition - and its own survival.

Yet, Gil realised that nutritious resources like babassu oil and flour - made from the Amazon's babassu palm that is rich in iron, fibre, vitamins and minerals - were virtually unknown to the forest's indigenous communities.

"The babassu flour was something that they really didn't know how to use," she said.

In 2017, she began teaching about 100 cooks from northern Para state how to use the babassu flour to prepare school meals, instead of more mainstream and less nutritious ingredients like corn starch or wheat flour.

The cultivation of such ingredients also benefits the forest directly by helping to support indigenous communities who are the best protectors of the forest, said Gil.

"If they don't find any other work or anything to sell or to maintain themselves over there, they will leave. And if they leave, maybe a soy producer will just come and deforest everything,"she said.

Stefano Padulosi, senior scientist for Bioversity International, a Rome-based non-profit, said plenty of benefits could be unleashed from a wealth of underutilised food species.

"What we need today is a true paradigm shift: no longer focusing purely on yield, but consider also quality of food, the nutritional yield needed to nourish people and keep them healthy," he said.

Across the Atlantic ocean, in Cameroon's economic centre of Douala, entrepreneur Rosette Fien has been tapping into the country's moringa trees, soya beans and other ingredients to tackle the scourge of malnutrition.

Nearly a third of children living in six of the country's 10 regions experience growth stunting or chronic malnutrition, according to the United Nations children's agency (UNICEF).

Nutritious food for babies and small children - most of which is imported - is too expensive for many to buy, Fien said.

More than a third of Cameroon's population lives in poverty, according to the World Bank.

"It's ever so difficult for a woman, a single mum, to afford 250 francs ($0.40) for a sachet of an imported brand (of baby food), and that will run out quickly," she said, adding that babies need multiple sachets every day.

In 2013, after giving birth, Fien set about trying to devise her own baby food, consulting doctors, dieticians and nutritional experts and using local ingredients.

The result is a mix of organic cereals for children aged 6 months or older, as well as adults, that costs about a third of the price of imports, sold under the name Kayvey Nutri Foods.

"This came as a solution that everyone could afford, that was locally made and free of chemicals," she said.

Since 2015, Fien has run a small factory where she works with six others. She also employs 21 women as distributors.

"We sell in a lot of slums, that had been our target area from the beginning. They are the ones that need us the most. Our food is something they can buy," she said.

"I've really seen how it has changed lives, given good health to babies."

In India, forgotten crops are also being rediscovered, including by chef Anahita Dhondy who heard about millet, sorghum and other forgotten ingredients from her grandmother.

Dhondy's breakthrough came when she made an apple crumble with sorghum which she called "mind blowing".

"Ingredients are super powers for chefs," said Dhondy, a chef at SodaBottleOpenerWalaa cafe in the suburbs of New Delhi. "I am not gaining anything from this except that I am trying to reintroduce these ingredients because they are good for the farmer, planet and the chef who is creating them."

For all food innovators, education is key to providing better health to people around the world.

While industrialised food is often cheaper to buy, its production is often damaging to the environment, while the farmers growing the crops often receive low wages, said Gil.

Meanwhile, underutilised crops are more resilient, having been naturally selected to survive difficult environmental conditions, noted Padulosi, the food scientist, adding that this is something to take advantage of in an era of climate change.

"If you look at the profile of these crops, they are really superior to many staples and common crops," he said.

Dhondy said chefs were not only people who ran kitchens.

"(Chefs) have a bigger responsibility of spreading awareness. We have the power of putting things on our menu and making customers realise how good it is," she said. 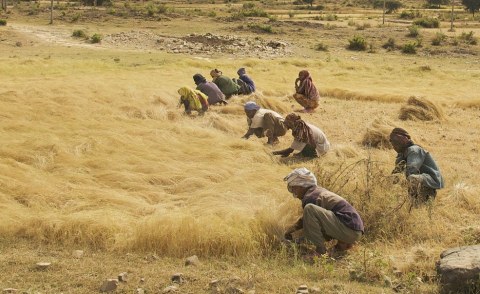 Ethiopia Gets Its Teff Back After Long-Running Legal Battle

What Does U.S. Ruling on Roundup Herbicide Mean for Africa?
Tagged:
Copyright © 2019 Thomson Reuters Foundation. All rights reserved. Distributed by AllAfrica Global Media (allAfrica.com). To contact the copyright holder directly for corrections — or for permission to republish or make other authorized use of this material, click here.