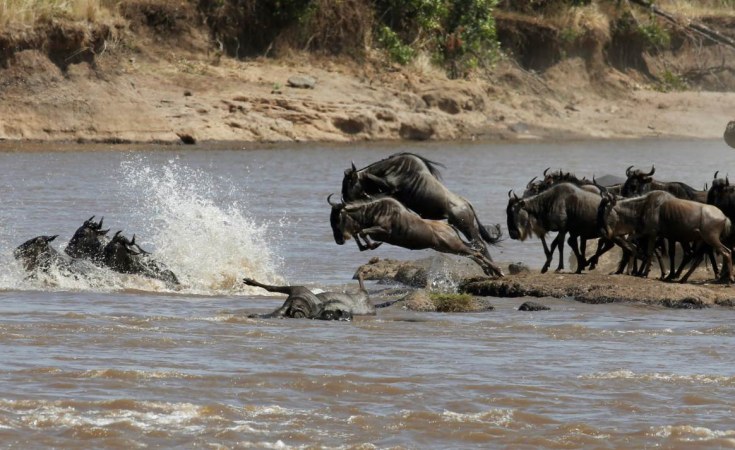 Kenya and Tanzania have disagreed over a joint plan to build two dams on the Mara River, amid warnings that the Serengeti-Mara ecosystem faces serious threats from increased human activity.

Tanzania wants the construction of two dams, Norera in Kenya and Borenga in Tanzania, halted to protect the Serengeti-Mara ecosystem, which is the heartbeat of the multi- billion-dollar tourism sector in the region.

Tanzania's Deputy Minister for Natural Resources and Tourism Constantine Kanyasu told Parliament this week that the country is in consultation with Kenya to have the planned projects shelved.

"The dams will lead to an adverse impact on the Serengeti ecosystem, including the loss of some species due to lack of water in the Mara River during dry season," he said.

Kenya, however, has vowed to proceed with construction of the dams and is accusing Tanzania of dishonesty, saying these are joint projects being implemented under the Nile Basin Initiative (NBI).

The dams were conceived as measures to address water and food insecurity for the communities within the basin on both sides of the border while promoting catchment conservation and ensuring water flows all year round, he said.

"It's unfortunate that there's so much focus on hearsay by the Tanzanian leaders. It would be appropriate for them to use appropriate communication channels to get the facts from us," he told The EastAfrican.

He added that while Kenya respects existing riparian policies and transboundary treaties, Nairobi has made a decision to proceed with the construction of Norera dam to regulate the flow of the Mara River and store water for use during dry seasons.

"We make sovereign decision with Kenyan interests first but also considering East Africa Community interests. Tanzania should not call for stopping of the dams because one dam is being built on the Tanzanian side," he noted.

The Kenyan project, however, is still in the planning stages and the government is yet to identify a financier and is also in the process of undertaking an environmental impact assessment.

He added that with climate change already affecting the Mara River to a point where it completely dries up in the dry season, a dam has become a necessity.

"We just need to collaborate on how to ensure a win-win situation for both partners."

But a study by international scientists published in the journal Science warns that increased human activity around Africa's most iconic ecosystems is "squeezing the wildlife in its core," damaging habitation and disrupting the migration routes of wildebeest, zebras and gazelles.

The 400km-long Mara River originates in the Mau Complex in Kenya's Rift Valley and empties into Lake Victoria in Tanzania.

It is the lifeline of millions of wild animals in the Serengeti-Mara ecosystem and the multimillion-dollar tourism industry for both Kenya and Tanzania.

It also lies across the path of the world-famous wildebeest migration--which, according to scientists, is facing serious threats from increased human activity.

Every year, more than a million wildebeest, half a million gazelle and 200,000 zebra make the perilous trek from the Serengeti park in Tanzania to the Maasai Mara reserve in Kenya in their search for water and grazing land.

The migration has been named as one of the Seven Natural Wonders of the World.

Tanzania, Kenya's Mara River Species in Peril - Report
Tagged:
Copyright © 2019 The Nation. All rights reserved. Distributed by AllAfrica Global Media (allAfrica.com). To contact the copyright holder directly for corrections — or for permission to republish or make other authorized use of this material, click here.