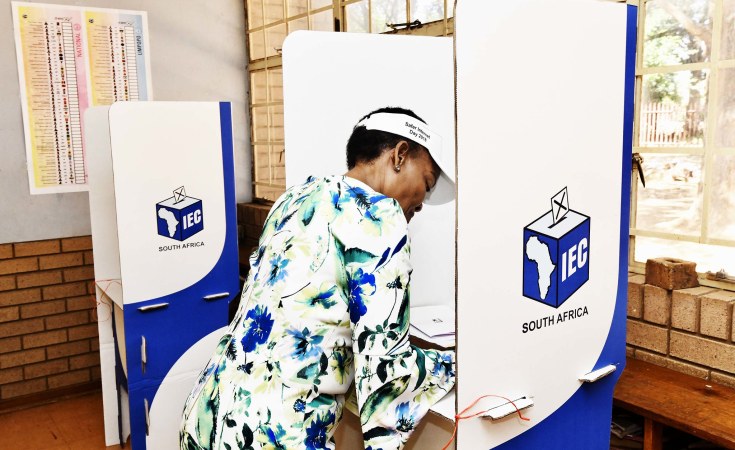 Despite a handful of minor incidents, the Electoral Commission of South Africa (IEC) says they are satisfied with day one of voting - which was afforded to special voters.

Special votes will continue on Tuesday with the majority of South Africans heading to the polls on Wednesday, May 8.

Special votes are for people who got their application in before April 18. They are for the elderly, ill, people unable to get to a voting station, and those who are expected to be out of the area on the big day.

"Reports showed that with the exception of a handful of minor incidents, special voting proceeded as planned," the IEC's chief executive Sy Mamabolo said.

He said the special voting period provided the IEC with a test run of planning and preparations ahead of Wednesday. He also added that it gave the commission the opportunity to put their plans, systems and logistics to the test to "see where we may need to focus attention on Wednesday".

At voting stations in Ginsberg, outside the Eastern Cape town of King William's Town and Idutywa, election staff and voters were prevented from casting their ballots due to community unrest.

Mamabolo said the incident has been reported to the police as "it is a criminal offence to interfere with the duties of election officials and/or to prevent voters from voting".

Earlier on Monday, News24 reported that ballot boxes had been found on the streets of Tzaneen, Limpopo. IEC chairperson Glen Mashinini said the IEC was investigating the matter.

Mamabolo provided an update on the incident, saying it was "highly regrettable".

"The IEC investigated the matter and found that it (pack of ballot boxes) was lost off the back of a vehicle during transport to a voting station."

He said such negligence had the risk of bringing the IEC into disrepute and as such, the official concerned has been suspended pending the outcome of an investigation.

"There are many safeguards but the best guarantee of integrity is for everyone to be vigilant and to make sure each and every step of the process is followed according to the law," Mamabolo added.