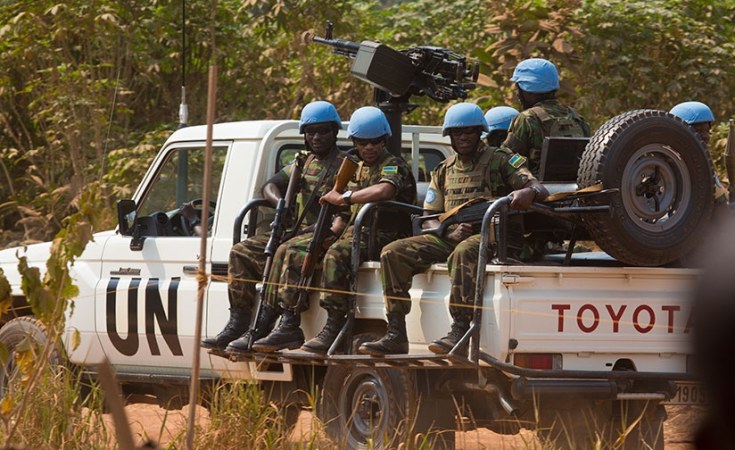 Rwanda has assumed the rotating monthly chairmanship of the Peace and Security Council (PSC) of the African Union for the month of May 2019.

According to a statement from the Rwandan Embassy in Addis Ababa, Ethiopia, where the AU headquarters are based, Amb. Hope Tumukunde Gasatura, Rwanda's Permanent Representative to AU, will be presiding over the PSC sessions during the month.

The PSC is the standing organ of the AU for the prevention, management and resolution of conflicts, and has the powers to recommend intervention to bring peace, security and stability in any AU Member States.

It is the organ of the African Union in charge of enforcing union decisions.

Founded in 2003, it is patterned somewhat after the United Nations Security Council.

"During Rwanda's chairmanship, the PSC will receive a report of the Commission on the peace process in the Central Africa Republic (CAR), and propose measures to reinforce the implementation of the Peace Agreement signed two months ago in Khartoum," reads a section of the embassy statement.

"The council is also expected to renew the mandate of AMISOM which is expiring at the end of May 2019."

In addition, Rwanda's chairmanship will feature discussions on non-traditional threats to peace and security in Africa.

These include health epidemics like Ebola and Cyber related security threats.

Another important session awaited is the inaugural consultative meeting of the PSC and the Regional Economic Communities or Regional Mechanisms (RECs/RMs).

In the spirit of the AU reforms decisions, the Council will discuss the principles of subsidiarity and division of labour between the various continental and regional peace and security decision-making bodies and propose ways for better coordination.

Presently, the PSC is composed of 15 countries.

Previously, Rwanda was re-elected for a two year term in January 2018, representing the eastern Africa region along with Djibouti and Kenya.

MPs Back Kagame's Call to Move Quickly on Trade Pact
Tagged:
Copyright © 2019 The New Times. All rights reserved. Distributed by AllAfrica Global Media (allAfrica.com). To contact the copyright holder directly for corrections — or for permission to republish or make other authorized use of this material, click here.