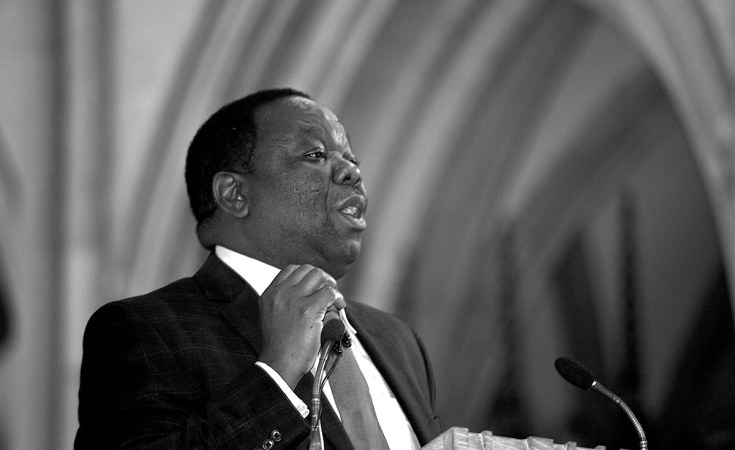 Justice Mushore ruled that while current deputy president, Morgen Komichi cited as 6th respondent argued that the constitution that the applicant, Elias Mashavira has used was wrong, he did not provided the court with an alternative and instead had gone ahead to argue matters basing on the same.

The Judge argued that the MDC constitution was clear, that the party's vice president was supposed to occupy office through an election, thus Tsvangirai and the national council did not have power to override this.

It was Justice Mushore's contention that 4th respondent in the matter, Thokozani Khupe having been elected in October 2014, should have taken over following Tsvangirai's death and that the speed with which Chamisa took power had alarmed the applicant. Mashavira through his lawyers had argued he had not been invited although he had a rights as a congress delegate to the meeting that supposedly endorsed Chamisa as successor.

It was also revealed that while the respondents contended that the national council had in 2016 given Tsvangirai power to appoint, they had not provided minutes to support this assertion. The respondents also failed to provide evidence of the meetings they claimed had endorsed Chamisa's seizure of power last year.

In the 21 page ruling, Justice Mushore revealed that Mudzuri, party secretary general Douglas Mwonzora, former deputy president and now MDC-T leader Khupe had failed to deposit opposing affidavits and hence were barred from proceedings. The MDC, she also ruled did not have representation.

Komichi whose affidavit was deposited in his capacity as national chairperson, according to Justice Mushore did not have locus standi to represent the MDC, Mwonzora and Mudzuri.

The ruled that Komichi had not shown evidence, that he had authority to represent the opposition party.

She added that Komichi, according to High Court rules could also not make oaths on behalf of other respondents.

"In fact the 6th respondent did nothing to assure the court that he has instructions from anybody for that matter. Thus with no-one to speak on its behalf the 1st respondent is also barred for failure to file an opposing affidavit," reads the judgment in part.

Mwonzora was also barred from the court process for failure to respond to the application while Chamisa who reportedly deposited a "short affidavit" in support of Komichi was however recognised by the court.

Mashavira's lawyers then sought to have Chamisa and Komichi barred from the process arguing they had failed to file their heads of arguments on time.

But Mushore allowed the two to file after an oral application for condonation by their lawyers. The judge ruled there was "need for the parties to have a final judgment on the matter in view of the spate of litigation that have already been involved in over the same matter."

However, Mushore slammed Chamisa's lawyers for trying to "re-write the law to fit his client's narrative" by misquoting case law.

While Chamisa and Komichi argued that Mashavira should have exhausted internal remedies, before approaching the courts, Justice Mushore ruled:

"It does not take a genius to recognise that because an internal complaint would have been presided over by the very persons whose offices applicant is challenging, it would in most likelihood be determined in a partial manner thus depriving the applicant from substantial justice. In other words the respondents would essentially be presiding over their own legitimacy."

Previous Story
Court Ruling on Chamisa 'Has Nothing to do with President'
Next Story
Mnangagwa Behind High Court Ruling Against Chamisa, Says MDC

Court Ruling on Chamisa 'Has Nothing to do with President'