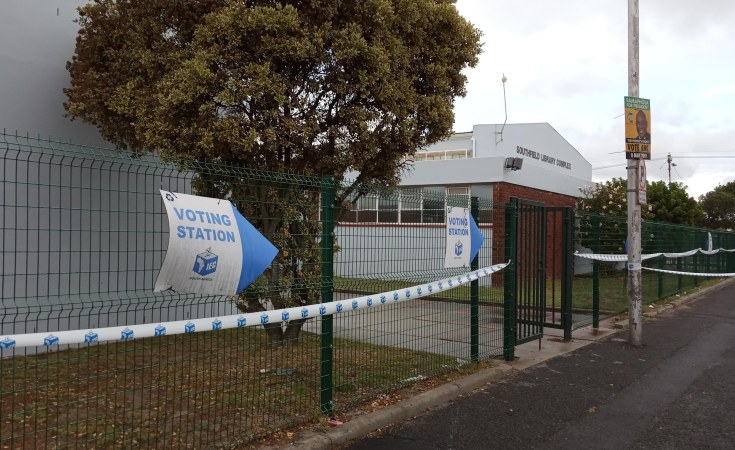 Smaller parties have warned the Independent Electoral Commission there might be consequences over its inability to efficiently respond to objections lodged during voting day.

During a media briefing at the IEC's result centre in Tshwane, Gauteng, on Wednesday night shortly before midnight, the commission's former CEO and current commissioner Mosotho Moepya said two separate instances were brought to their attention of alleged voters who had cast more than one vote at different voting stations.

"The Commission views these allegations in the most serious light and has launched investigations into these incidents. Fortunately the election process contains a number of checks and safeguards which together serve to protect the integrity of the process," he said.

The African Transformation Movement (ATM) had lodged complaints with the commission claiming its officials on the ground lacked efficiency needed to oversee voting stations.

Party head of policy Mzwanele Manyi believed IEC officials had poor training. He said scanners used to identify registered voters did not work at some stations.

"I think the issue here this is poor training, just incompetence... A lot of people that were waiting for hours decided to turn back. If you had to say to me now the voter turnout is not what it should be, I think some percentage would be contributed by that."

Manyi accused the IEC of lack of transparency saying that it has been trying to manage parties and journalists. He said was not satisfied with how the commission responded to questions by journalists on its indelible ink and possible double voting.

"I just think they could have been more transparent."

Land Party's national coordinator Maxwell Motlake said they knew of 10 supporters that were "illiterate" and were allegedly "dooped" into voting for the BLF and EFF instead of the Land Party by IEC officials.

"They have been misled and we raised the matter with the IEC. We spoke to the CEO [Sy Mamabolo]. We feel aggrieved because chances are that it is a tip of the ice berg. We might be losing a lot of votes. Losing one vote due to an IEC official is something we cannot tolerate, something we cannot accept."

During a separate press briefing at the Western Cape's results centre late on Wednesday night, commissioner Courtney Sampson said the chances that a person could vote more than once were minimal.

This after Congress of the People (Cope) also raised a red flag of possible double voting.

"But if anybody can bring us proof - and I'm not talking about rumouring - action will be taken," Sampson added.

At the start of the press briefing - around 22:00 - every party present in the Western Cape elections centre in Century City just outside the Cape Town CBD, had the opportunity to make a brief statement.

Cope premier candidate and outgoing MP Deidre Carter brought a bottle of Domestos to the podium. She said after she heard that people removed the ink on their thumbs and voted twice, she tried it and the ink immediately came off.

She then went to four voting stations, where her ID was scanned and she was issued with the slip, which meant that she would have been able to vote again.

"How many people voted more than once?" she asked.

Sampson said it was "unacceptable that we have indelible ink that is not indelible".

He said it didn't happen everywhere that people could remove the ink and he questioned whether it would affect the outcome of the elections.

He said parties must provide evidence, and if people were found to have voted more than once, they would be charged with voter fraud.Several other parties also had complaints, mostly relating to the unavailability of the forms needed to apply to vote in a voting station other than the one where a person was registered, and the issue of secure ballot papers.

Sampson explained, as he did at an earlier press conference, that this was due to people voting at stations where they were not registered, and the fact that ballot papers had to be transported with a police escort, causing delays.

"Same problem every election!" outgoing DA MP David Maynier, due to join the Western Cape legislature, shouted, as he often did in Parliament.

The IEC has repeatedly said that the election process contains a number of checks and safeguards which together serve to protect the integrity of the process.

The security measures include: The voters' roll which only allows registered voters to vote - and only allows for a single registration per voter, the requirement for voters to produce a valid ID document before they vote, the scanning of ID documents prior to voting, the marking of a voter's thumb with ink, the completion of a form containing the details of voters and the signing of a sworn declaration by voters where they vote at a voting station at which they are not registered, party agents and observers monitoring all aspects of the voting, counting and results capturing process, and in-built system-based exception reports for which various tolerance levels have been set.

These measures can be used to identify instances of electoral fraud.

"Where evidence is found to support electoral fraud, the Electoral Commission will firstly quarantine the results of the affected voting districts and secondly will pursue criminal charges against the perpetrators," the commission states.

"The Electoral Commission will not allow the potential misconduct of one or two individuals - be they voters or election officials - to taint the overall outcome of these elections.

19 Arrested in KZN for 'Double Voting'