Sudan: Now That Al-Bashir Has Fallen, Does ICC Still Have Political Will to Go After Him? 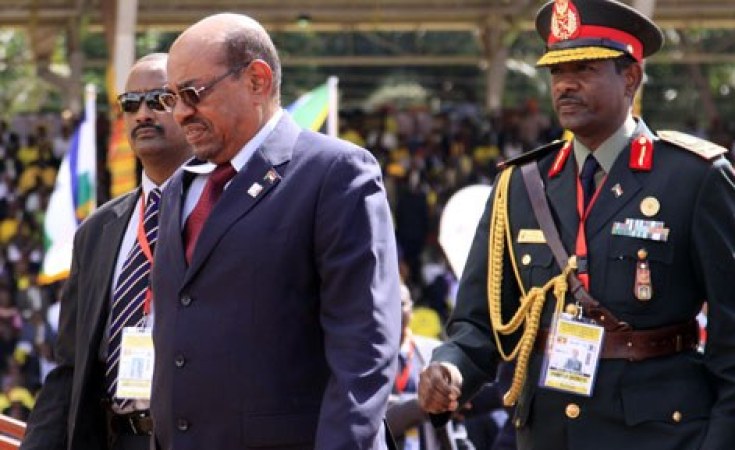 The International Criminal Court's latest finding that Jordan was at fault in failing to arrest former Sudanese President Omar al-Bashir when he visited Amman in 2017 even as it side-stepped action against the kingdom has sparked fresh concerns over the court's ability to tame the world's powerful political actors and rogue regimes.

The ICC Appeals Chamber's decision was the latest in a series that has raised eyebrows and fuelled fears that the court may be caving in to pressure from powerful state actors who have waged prolonged smear campaigns against it or questioned its mandate to tackle international crimes.

Kenya and South Africa top the list of state actors that have vigorously mobilised against the ICC, accusing it of unfairly targeting Africa with racial undertones.

Three years ago, South Africa, then under President Jacob Zuma, reacted with an abrasive campaign to leave the ICC when asked about its decision to host al-Bashir adding impetus to Kenya's own drive against the court that began in earnest in 2013.

Kenya's beef with the ICC was centred on its trial of President Uhuru Kenyatta and deputy president William Ruto for crimes against humanity.

The country also found itself in trouble for hosting and failing to arrest al-Bashir when he visited Nairobi in 2010.

Uganda, which has referred Joseph Kony and Dominic Ong'wen of the Lord's Resistance Army to the ICC, recently offered to grant al-Bashir asylum in the full knowledge that the warrant of arrest for the deposed Sudanese despot is still alive.

The court's decision to acquit Laurent Gbagbo of Ivory Coast and Jean-Pierre Bemba of the Democratic of Congo who were before it for crimes against humanity and its withdrawal of charges against President Kenyatta and Mr Ruto in the face of a recalcitrant Kenyan government have all left the mark of a court whose resolve has been shaken and is now focused on delivering politically correct judgements.

It has not helped that the world's most powerful nation, the United States, does not recognise the ICC and has recently launched its own campaign, including denying the court's officials visas to enter the US.

The ICC was formed in 1998 in the wake of the 1994 Rwanda genocide against the Tutsi but victims of Africa's many despotic regimes continue to cry in vain as the court acquits key suspects charged before it for mass killings and other war crimes.

The ICC Appeals Chamber's' decision came as it emerged that the South Sudan government of President Salva Kiir has hired US consultants to help block plans to establish a Hybrid Court to bring to account those responsible for war crimes and crimes against humanity in the country's civil war.

The ICC Appeals Chamber was unanimous in finding that a head of state [al-Bashir] did not enjoy immunity from the jurisdiction of the ICC but was divided on whether Jordan's failure to arrest him warranted referring the Kingdom to the Assembly of State Parties and the United Nations Security Council.

Netsanet Belay, Amnesty International's research and advocacy director for Africa told The EastAfrican that the ICC's failings should be seen as a symptom of the retreat by many states and governments from a rule-based international order and multilateralism.

He, however, maintained that "despite its current poor performance, demands on the ICC and for international justice are rising, not coming down, as people organise in great numbers to demand accountability and redress.

The ICC's failure to ensure cooperation of state parties in critical areas such as protection of witnesses, preservation of evidence as well as the arrest and surrender of perpetrators like al-Bashir is slowly eating into its credibility among key constituencies such as Africa.

In the 17 years of its existence, the ICC has secured only three convictions and four acquittals. Its preliminary examinations in some situations (such as Afghanistan, Colombia and Nigeria) have continued for more than a decade.

In Africa, the AU--with the encouragement of states like Kenya and South Africa--has been leading the onslaught against the ICC with threats of mass withdrawal from the Rome Statute, despite the fact that the continent is home to most of those accused of committing international crimes.

The AU in 2014 amended the Protocol on the Statute of the African Court of Justice and Human Rights, which now says "'No charges shall be commenced or continued before the Court against any serving head of state or government or anybody acting or entitled to act in such capacity, or other senior state officials based on their functions, during their tenure of office."

Donald Deya, a Kenyan human-rights lawyer told The EastAfrican that many African member states and sections of the international community lost faith in the ICC a long time ago.

Mr Deya said that some of the mistakes the ICC has made are of its own making including its decision to hire publicity-hungry, overbearing initial Prosecutor Luis Moreno-Ocampo, who, subsequent to leaving office, confessed that he was unduly pressured by some powerful governments and he succumbed.

Mr Ocampo in March 2017 admitted in an interview with a Dutch radio station that some diplomats pressured him into stopping President Uhuru Kenyatta and Mr Ruto from running for office in the 2013 general election.

He, however, acknowledges that the ICC sits in a difficult position underlined by the fact that "the threshold to prove crimes under the Rome Statute is very high."

"So a person may have actually committed--or been party to committing--serious crimes, but which do not amount to one of these three crimes, or which do not reach the high evidentiary threshold of the ICC, in which case the ICC judges have no option but to acquit," said Mr Deya.

Fritz Streiff a fellow at the Open Society Justice Initiative wrote upon Bemba's acquittal that it was a shock to many when the Appeals Chamber overturned his conviction in a narrow 3-2 majority decision.

"In short, the Appeals Chamber majority opined that it had the right to deviate from the conventional approach to allow itself to reweigh the facts of the case and possibly find doubt in the accused's guilt," Mr Streiff wrote.

Mr Bemba had been in ICC detention since his arrest in Belgium in 2008. After years in pre-trial detention and a trial that lasted almost four years, Trial Chamber III found Bemba liable under the theory of command responsibility for his failure to prevent and punish the criminal behaviour of his troops, who committed rape, murder, and pillage while in the Central African Republic.

Sudan's Last Democratically-Elected Leader Retiring From Politics
Tagged:
Copyright © 2019 The East African. All rights reserved. Distributed by AllAfrica Global Media (allAfrica.com). To contact the copyright holder directly for corrections — or for permission to republish or make other authorized use of this material, click here.