Algeria - What's Next for Post-Bouteflika Era Under General Salah? 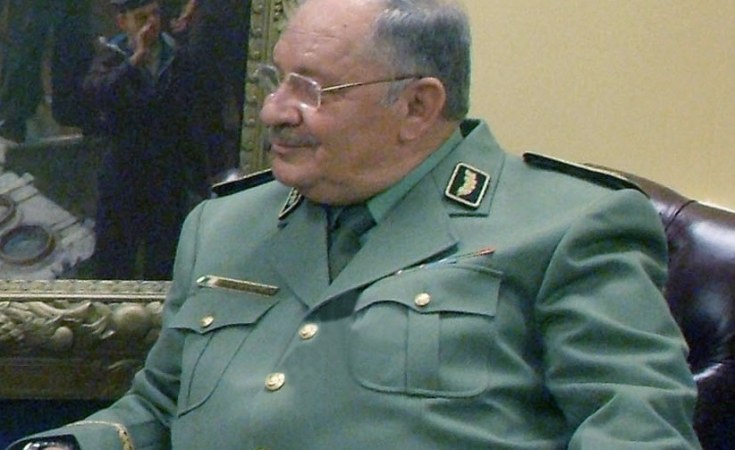 With ousted President Bouteflika gone, Algeria's army minister, Ahmed Gaid Salah, has become the country's most powerful figure. Whether he can or will lead Algeria to democracy, however, remains unclear.

It has been a month since Abdelaziz Bouteflika was forced out of office, but the street protests that preceded his ouster have not stopped. Thousands of people have continued to gather in demonstrations in Algiers and around the country to call for political reform. Ahmed Gaid Salah, the country's vice minister of defense, has become protesters' intended target, with some calling for his resignation.

It was Salah who who forced Bouteflika out at the beginning of April, following weeks of mass demonstrations. The move was received well at first, but voices from the opposition have not overlooked the fact that Salah lacks the constitutional authority to remove elected leadership, even if they are opposed by the people or in power thanks to voter manipulation. Salah is also part of the very political establishment whose corruption has brought people to protest it, although the general himself has not been seriously accused of any wrongdoing.

Sensing the discontent with corruption, Salah has since ordered the arrests of many of those from Bouteflika's inner circle, including many heads of industry, Bouteflika's own brother, Said, and former intelligence chiefs Genreal Mohamed Mediene, known as Toufiq, and Athmane Tartag, known as Bachir. The charges: conspiring against the state and undermining military authority. There is little doubt Salah ordered these arrests, based on public comments he has made against "a group's wretched conspiracies" and the "fraud and misconduct in their posts," reportedly referring to Bouteflika and his inner circle.

"The whole legal proceeding is just an attempt by the system to settle scores with long-retired intelligence officers," Ismail Meraaf, an Algiers professor aligned with the opposition, told DW. "These steps by the military are presented as being in line with the people's demands ... but Salah was himself part of this group of criminals and protected them."

Many protesters are skeptical of Salah's moves, concerned that the military may co-opt popular unrest for its own ends. "The protesters won't accept this," activist and lawyer Tarek Marah, told DW. "I think there will be more protests as a result."

Algeria's military maintains an overall positive reputation in the country as liberators from colonialism. But concern is growing that Salah receives support from Arab Gulf states, much like Egypt's former general and now president, Abdel Fattah al-Sisi, did when he toppled the elected Muslim Brotherhood government there in 2013, putting his own form of repressive rule in place.

"Salah will become Algeria's al-Sisi," Meraaf said. He thinks little of elections planned for July, believing whomever is elected president will be in name only. Salah, Meraaf fears, will remain the true powerbroker.

International Open Letter of Solidarity With Sudan and Algeria

Abdelkader Bensalah Elected Algeria's Interim Leader
Tagged:
Copyright © 2019 Deutsche Welle. All rights reserved. Distributed by AllAfrica Global Media (allAfrica.com). To contact the copyright holder directly for corrections — or for permission to republish or make other authorized use of this material, click here.