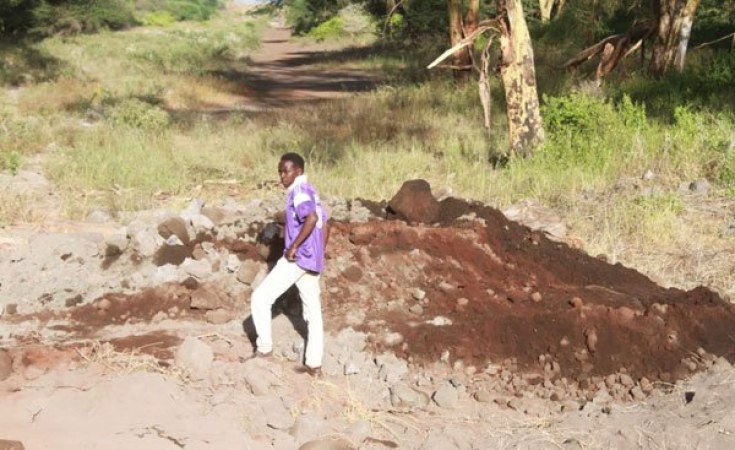 A costly blunder during the construction of a Sh48 billion pipeline from Mombasa to Nairobi is set to bleed Kenya Pipeline Company more money after an oil spill occurred in Makueni barely a year into its operation.

The 20-inch pipeline was designed without any leak detection systems, making it as bad as the leak-prone old one that was meant to be replaced in the new venture after frequent leakages caused massive losses of product eventually passed down to the taxpayer in pump prices.

Kenya Pipeline Corporation acting managing director Hudson Andambi termed the oversight "unfortunate" as the corporation now plans another tender to finance the installation of leak detection apparatus in the line.

"Leak detection was not included in the design stage, which is very unfortunate given that it was our second time constructing a pipeline. That was an unnecessary and costly omission but we have budgeted for it in the next financial year. For now, I can't tell you how much it will cost because it will be an open tender," Mr Andambi said.

Mr Andambi sought to downplay any adverse effects of the spill, whose real extent is yet to be determined, saying a team had been dispatched to dig trenches and control the damage which, according to him, was far away from the water spring that is the main source of water for the area.

Although the extent of the Makueni diesel spill is yet to be determined, the Water Resources Management Authority has already cautioned residents of the affected area against drinking water from the Kiboko River after it was found to be contaminated with petroleum products. This may mean more costs to KPC, which has already contracted Swedish firm SGS to examine the extent of the spill.

With the effect on drinking water an in an area known to have a low water table, the cost burden for KPC is set to go beyond the new leak detection system tender. The system ought to have been well envisioned in the plan to build the new pipeline since it was due to the frequent leakages of the old pipeline, commonly referred to as Line 1, that the new line, called Line 5, was built in the first place.

One such leakage, which occurred three years ago in Thange River, in the same county, bled the firm close to Sh300 million in clean-up and compensation costs alone as at last year. The burden is still on, with area residents getting water and sometimes food supplies from KPC.

The leakage, which was first reported on June 15, 2015 by a resident of Thange, also resulted in the dismissal of former acting managing director and company secretary Flora Okoth.

The acting MD was suspended after elders from the affected area asked for a bull and sugar to perform sacrifices to appease the gods, a request KPC granted. It also emerged that the leakage took more than a month before it was detected.

KPC says it recovered 255,000 litres of product from the Thange spill, which is said to have flown more than a kilometre away from the underground pipe, affecting a wide area.

The spill opened a Pandora's box of livestock, crops and personal injury claims with some 4,267 such claims flowing to the firm's desk.

KPC was then left with a huge CSR burden with some Sh14 million said to have been spent on community engagement. Another Sh11 million went to relief food as more millions went into education scholarships, including Sh1 million to fence schools.

The compensations have not been subject to any investigations yet, but insiders believe it also opened a leeway for plunder.

To date, residents of the Thange area are yet to be fully satisfied that the entire spillage was mopped up, even after the company contracted to do the work left the site. Some still report presence of oil on the test wells and illnesses as well are animal deaths are still associated with the oil spill.

"Our wells still have traces of oil and if you look at the river, no animal, including the frogs which used to live in them, can be traced. That tells you that the cleaning was not thorough. The last analysis done in November confirmed just that and we are yet to return to our farms, which is really an economic setback for us," Mr Muindi Kimeu, who chairs the area farmers' group, told the Sunday Nation.

He confirmed that they still receive water supply from KPC but the group is now preparing a petition to the Makueni County Commissioner over the order that they cannot carry out any farming activity in the affected area despite claims that the spill had been cleaned up.

The oil spills have also been a subject of huge fuel losses alleged to have been stolen and which marketers opposed when they were registered as pipeline losses. The fuel theft associated with some alleged leakages has been the subject of a stock audit which started in early March and is whose results are expected to be made public soon.

Rogue staff in cahoots with fuel cartels would steal fuel from the depots and then register them as "pipeline losses" with the oil marketers compensated through a formula that places the burden on the consumers buying at the petrol stations.

This fuel then ends up in the market to undercut the legitimate dealers.

It remains unclear whether the lack of leak detection was just an oversight or whether the state entity failed to learn from a similar spill in 2015.

Kenyan Motorists Dig Deeper to Refill Tanks
Tagged:
Copyright © 2019 The Nation. All rights reserved. Distributed by AllAfrica Global Media (allAfrica.com). To contact the copyright holder directly for corrections — or for permission to republish or make other authorized use of this material, click here.