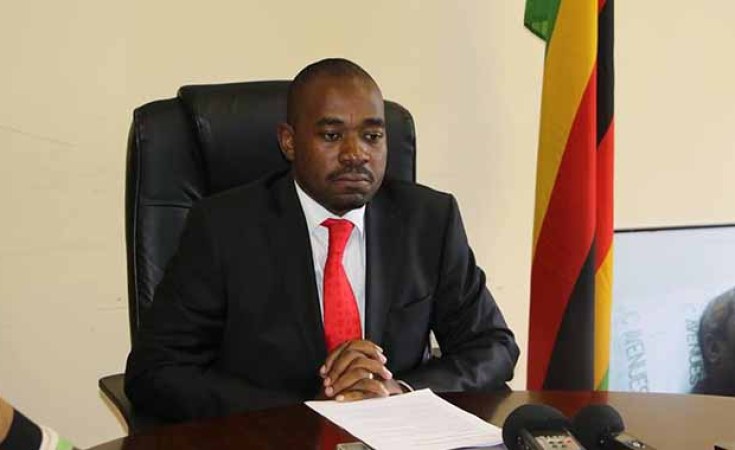 Movement for Democratic Change (MDC) leader, Nelson Chamisa is set to appeal the High Court ruling which nullified his party presidency and other processes post 2014 Congress.

This comes in the wake of a High Court ruling by Judge Edith Mushore on Wednesday last week, which ruled in favour of MDC Gokwe district organizing secretary,Elias Mashavire, who lodged an application against the elevation of the party incumbent Chamisa and Elias Mudzuri to the vice presidency by the late party founding father Richard Morgan Tsvangirai.

Tsvangirai succumbed to the cancer of the colon in February 2018 and thereafter chaos rocked the labour movements backed party with one of its former Vice President, Dr Thokozani Khupe splitting from the main party alongside former party spokesperson Obert Gutu among other leaders.

Chamisa, however, said the ruling has a possibility of factual errors embedded in a misunderstanding of the party constitution saying he has a strong defence against the ruling.

"We have a very solid and double strong case! Court decisions are subject to appeals simply because there is always that inherent possibility for the court to be in error either at law or on facts. Any such gross misdirection always necessarily invite impeachment," Chamisa wrote on Twitter Sunday evening.

"Good governance and rule of law are second nature to us. Constitutionalism matters to us in the MDC. We follow both the party and national constitutions in all our critical resolutions and steps. All our decisions were and are fully backed by the provisions in the party constitution," he added.

Meanwhile, Khupe who received a lifeline to return to the main opposition party over the weekend called for an internal dialogue to solve the party leadership wrangle saying the ruling has ideally placed her as the rightful MDC. T leader.

The court ordered that the MDC go for an extraordinary congress employing the 2014 structures an instruction that placed out Chamisa out of the leadership matrix since he was reduced to a card-carrying member after losing to Douglas Mwonzora for the Secretary-General post.

No Lights, No Bobi Wine Songs at Zimbabwe Opposition Rally
Tagged:
Copyright © 2019 263Chat. All rights reserved. Distributed by AllAfrica Global Media (allAfrica.com). To contact the copyright holder directly for corrections — or for permission to republish or make other authorized use of this material, click here.