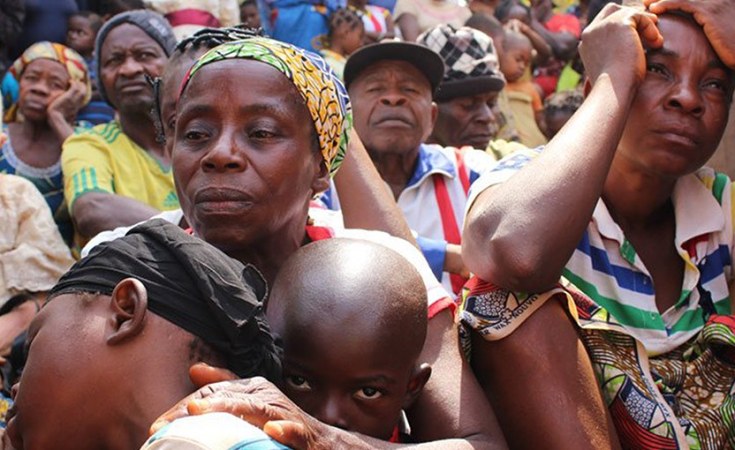 New York — The United Nations Security Council's decision to hold an informal meeting on Cameroon on May 13, 2019 gives momentum to international efforts to address the human rights crisis in the country's Anglophone regions.

"Security Council members should call on the government of Cameroon and leaders of armed separatist groups to end abuses against civilians in the Anglophone regions and hold those responsible for abuse accountable," said Lewis Mudge, Central Africa director at Human Rights Watch. "This meeting is an opportunity to remind abusers that the world is watching."

Since late 2016, deadly violence has gripped the Anglophone regions of Cameroon, claiming the lives of 1,800 people and forcing half a million to flee their homes. Among the most at-risk groups are people with disabilities and older people who have faced violent attacks, abandonment, forced displacement, and problems getting humanitarian assistance.

Government forces have killed scores of civilians, torched hundreds of homes, and used torture and incommunicado detention with near total impunity. Armed separatists have assaulted and kidnapped dozens of people, including students and teachers, amid increasing attacks and growing calls for secession of the North-West and South-West regions.

Since late April, Human Rights Watch has documented more abuses, including killings and burning of homes.

On April 19, a stray bullet fired by soldiers killed a 72-year-old woman in her house in Mamfe, South-West region. Her son told Human Rights Watch that soldiers raided the neighborhood and started shooting indiscriminately: "Everyone fled, but my mother was too old to run. As she was near the window, a bullet went through and hit her on the right side of the chest. She died on the way to the hospital."

On April 23, armed separatists killed Adam Assana, a gendarme, in Muyuka, South-West region. His body was found decapitated and dismembered the following day along the Muyuka-Kumba road. A local resident told Human Rights Watch: "He was not on duty. His car was stopped at an 'Amba' [separatist] checkpoint. When he was identified as a gendarme, he was kidnapped and killed. The separatists had pierced his mouth with a wooden stick."

On April 25, violence erupted in Bamenda, North-West region, after armed separatists dropped a human head, allegedly belonging to a soldier, at the Hospital Roundabout. Security forces responded by shooting along Commercial Avenue, forcing people to flee. A social worker from Bamenda told Human Rights Watch: "We heard gunshots by the soldiers from all angles. We had to lie on the floor for hours." Accounts from a dozen residents and videos show that soldiers broke into deserted shops.

This shooting took place near the market of Bamenda, Cameroon.

We verified the exact location with .

In the second video (thread), you can see a soldier taking a motorbike away.

On April 27, soldiers from the Rapid Intervention Battalion stormed a health center in Wum, North-West region, looking for wounded separatists and beat some of the medical staff. A female nurse who was hit on her head and jaw said: "As they didn't find any boys [separatists] they started beating us. I was hit so bad that I could not eat or swallow." The health center remained closed until May 9.

On April 28, armed separatists kidnapped a 42-year-old man in Sabongari, North-West region. Witnesses and residents told Human Rights Watch that the man had gone to the separatists' camp l4 kilometers from Sabongari to negotiate the release of a traditional chief who had been abducted. "He went there and was taken hostage instead, while the chief was released," a resident said. The man managed to escape on May 8.

On April 30, soldiers killed a 16-year-old boy in Kikaikelaki village, North-West region. Three witnesses said that the security forces entered the village with military vehicles, including at least three armored cars, and started to shoot indiscriminately, causing people to run away.

Three witnesses and two family members told Human Rights Watch that soldiers shot him in the leg as he tried to flee, then executed him at a nearby roundabout. "They first shot him in the leg and then carried him to their vehicle," one resident said. "They dropped him at the Tsenla roundabout and killed him with a bullet in the head. We buried him the same day at the Presbyterian church."

Security forces also burned down and looted 11 homes in Kikaikelaki. A man whose home was torched told Human Rights Watch: "When the military came, I hid for safety. I watched them steal gallons of fuel from a store and set my entire compound on fire. All I had is gone."

The recent violence is part of an increase in attacks on civilians since the beginning of 2019. Further human rights violations are likely if the government does not rein in its forces and armed separatist leaders do not give clear instructions to their fighters to stop abuse, Human Rights Watch said.

The informal Security Council meeting comes after months of international condemnation of the violence unfolding in the Anglophone regions, including by the UN high commissioner for Human Rights, Michelle Bachelet.

In the follow-up to this meeting, the UN Security Council should make Cameroon a formal item on its agenda and press authorities to investigate members of the security forces alleged to have carried out killings and destruction of property and prosecute those responsible. It should also publicly announce to armed separatist groups that their leaders will be held responsible for serious crimes committed by their fighters.

The council should consider imposing targeted sanctions against high-level people from both sides who bear responsibility for serious abuses.

The Cameroon government denied a Human Rights Watch researcher entry to the country on April 12, two days after Human Rights Watch published a short report on a deadly attack by soldiers, gendarmes, and members of the Rapid Intervention Battalion on a village in the North-West region. Bachelet visited Cameroon last week and raised the lack of access for both international and national human rights activists and humanitarian agencies.

"Cameroon's move to block a human rights researcher and observers shows its determination to conceal its brutality," Mudge said. "The UN Security Council should encourage the country to allow access to international human rights organizations and cooperate with them."

Cameroon Denies Separatists Blew up Refinery
Tagged:
Copyright © 2019 Human Rights Watch. All rights reserved. Distributed by AllAfrica Global Media (allAfrica.com). To contact the copyright holder directly for corrections — or for permission to republish or make other authorized use of this material, click here.