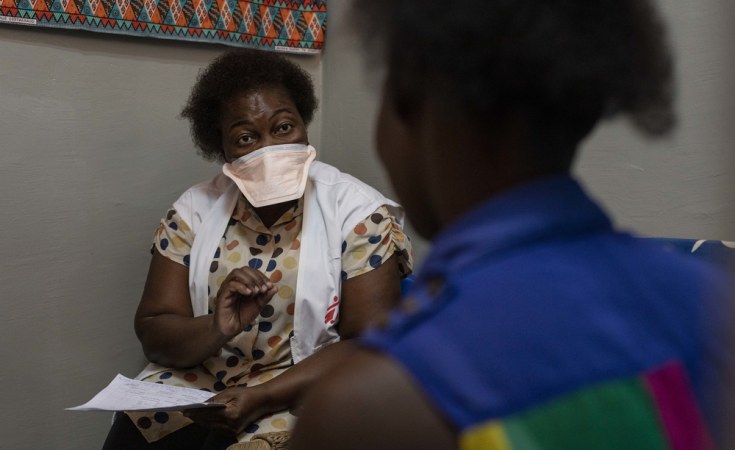 In early March, a storm cell brought heavy rains to Malawi before heading out to sea off the coast of Mozambique and intensifying into Cyclone Idai. In the early hours of the morning of 15 March, Idai returned to land wreaking havoc in the city of Beira, home to some 500,000 people, as well as in the surrounding districts of Manica and Sofala, where it has destroyed the lives and livelihoods of hundreds of thousands of people. The cyclone then moved through to the Chimanimani region of Zimbabwe, causing further destruction, before dwindling out.

High winds and high waters have so far killed many people and damaged or destroyed thousands of buildings - homes, schools, health centres and hospitals - across the area. Many families were left homeless and most communities are without reliable access to clean water or electricity.

On 25 April, less than six weeks after Cyclone Idai devastated Beira region, another tropical storm, Cyclone Kenneth, hit the coast of Cabo Delgado province in the north of Mozambique. Like its predecessor, it has caused extensive damage in towns and villages that were in the direct path of the storm. Rains continue, and large areas are flooded, or at risk of flooding.

The impact of two cyclones in such a short space of time is devastating. It's a hard blow for the country, which had only just started recovering from the first Danielle Borges, MSF project coordinator in Pemba

A cholera outbreak in Cabo Delgado province was declared in the districts of Mecufi and Pemba on 2 May and in Metuge district on 9 May, and MSF is supporting local health authorities in responding. The two essential goals now are saving the lives of severely sick patients, and containing the cholera outbreak that was declared. Sick people are isolated and being treated so they recover, and so that they do not contaminate others.

In Beira, the overall situation has stabilised. The cholera outbreak is coming to an end. Life has in many ways returned to normal in the Provinces of Zambezia, Sofala and Manica. Many health centres, schools and other services have re-opened and the streets and markets are busy with life and trade. There are still huge needs in terms of shelter and food with now 72,793 people across 65 displacement sites in Manica, Sofala, Tete and Zambezia (latest update on 22 April).

Monitoring the health situation remains important as people are still vulnerable and other consequences of the disaster can emerge. Malaria is a potential concern - large areas of stagnant water could result in increased mosquito numbers and therefore malaria transmission. Our teams are also alert to the potential for a rise in malnutrition - the cyclone struck just before the harvest season so food availability will continue to be an issue.

What are we doing and where?

Many of our specific Cyclone Idai emergency response activities are in the process of closing down now, or have already been completed already.We also completed our emergency response activities in Malawi and Zimbabwe, on 11 and 30 April respectively. This does not mean everything is fine, but the type of assistance needed now is longer-term and not so much rapid-response emergency activities. By the end of May, we expect all our emergency teams to have finished responding to the most acute needs.

Some areas still areas remain very difficult to access due to the flood and road blocks by trees. Assessments were done by helicopters, motorcycles and boats to understand the needs in these areas. In Buzi district, an increasing numbers of actors are now present, mainly focusing on post-emergency and development activities. The information on the areas assessed by MSF teams have been shared with the other organisatoins, which are now providing aid in the surrounding areas, in an attempt to reach these populations.

We will retain a presence in Beira through the HIV project we have been running since 2014, as well as a small health surveillance team working with the Ministry of Health to ensure there is sufficient alert capacity in case new post-cyclone health needs emerge that might require our assistance.

Our HIV project was disrupted by the storm when health centres were damaged or destroyed and when MSF staff were pulled into the cholera response. The project has now returned to full capacity, providing antiretroviral therapy, sexual and reproductive healthcare and treatment for patients with advanced HIV, focusing on those with a statistically high risk of contracting the disease, including sex workers and men who have sex with men.

The project has a huge community outreach component, working with counsellors and peer educators across Beira, where the incidence of HIV (16 per cent) is higher than the national average (13 per cent).

The burden is higher in lower income areas of the city and among high-risk populations such as sex workers and men who have sex with men. While the teams are still mapping the changes and challenges brought about by the cyclone, it's clear that many patients could not access medication for some time and that others were pushed to take bigger risks in order to find food and shelter.

Equipment was sent to Pemba in the last week of April in anticipation of the emergency response, including tents and other materials used to build temporary cholera treatment units in Pemba, Mecufi and Metuge.

We had a small team running water and sanitation activities in Pemba, the capital of Cabo Delgado province, since February. They were joined by emergency teams previously sent to central Mozambique in response to Cyclone Idai. Together, the teams started a rapid assessment of the scale and nature of needs in several areas affected by Cyclone Kenneth, including Ibo and Matemo Islands as well as the areas of Macomia town, Metuge district and Pemba town.

MSF is supporting the Ministry of Health by providing materials such as tents, water and sanitation equipment to tackle the cholera outbreak declared on 2 May.

"We need to isolate and treat sick people so that they recover, and so that they do not contaminate others. We also need to make sure that people stop using infected water, and do all we can to prevent people from getting sick in the first place," says Danielle Borges, MSF project coordinator in Pemba.

In Macomia town, to the north of Pemba, the health centre is badly damaged and therefore not currently operational. MSF set up outpatient activities as well as mother and child health services in a tent outside of the damaged building in order to provide medical care to this community. The health centre itself will be rehabilitated.

MSF also has a regular team in Maputo, the capital of Mozambique, providing specialised care for people living with advanced HIV and co-infections such as tuberculosis (including drug-resistant forms), hepatitis C and Kaposi's sarcoma.

Treating HIV In The Cyclone-Devastated City of Beira

Tropical Cyclone Chalane Hits Mozambique Channel
Tagged:
Copyright © 2019 Medecins Sans Frontieres. All rights reserved. Distributed by AllAfrica Global Media (allAfrica.com). To contact the copyright holder directly for corrections — or for permission to republish or make other authorized use of this material, click here.