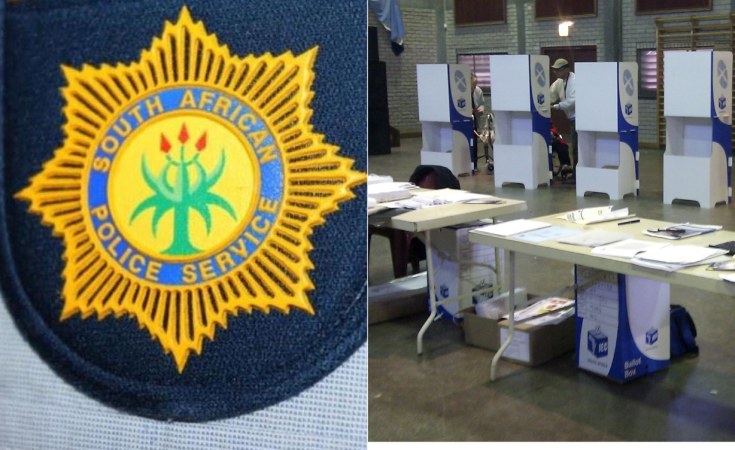 The Justice, Crime Prevention and Security (JCPS) cluster has made good on their promise to prioritise electoral crimes, with 16 people across the country already convicted and sentenced.

During the JCPS post-election debriefing on Monday, Police Minister Bheki Cele said two people had already been found guilty and sentenced for the defacing or unlawful removal of political party posters.

Sihle Mhlambi from Mondlo in KwaZulu-Natal was handed a R2 000 fine or two-month prison sentence for tampering with political posters, while Oupa Mohlala from Acornhoek in Mpumalanga was fined R300.

"In the Eastern Cape's Flagstaff, 14 suspects were charged with public violence and sentenced to three months imprisonment," Cele said.

The minister added that seven cases had been withdrawn and that the National Prosecuting Authority had declined to prosecute six cases.

Cele also said that a key concern during the run-up to the elections, and on election day itself, was the situation in Vuwani, Limpopo.

"On the eve of the elections, threats were allegedly made by the Pro-Makhado Demarcation Task Team (PMDTT) that no one would vote in the 2019 national and provincial elections," Cele said.

"Although incidents were reported in Vuwani during the election, with voting stations being closed and then reopened after IEC officials were given assurances that they would be protected, the electoral process was able to proceed. However, the element of intimidation remained."

Cele said a mitigating factor of the intimidation in Vuwani was the arrest of the leader of the PMDTT.

"Mr Arnold Mulaudzi was arrested on charges of contravening Section 87(1)(a) paragraph 2 & 3 of the Electoral Act."

Mulaudzi appeared in the Polokwane Magistrate's Court last week, where he was released on R5 000 bail. The matter was postponed to June 3.

In terms of crime in general, 188 cases were registered and 203 suspects arrested, Cele added.

Cele also announced that 22 people had been arrested for attempting to vote for a second time during the elections.

"Nineteen suspects were arrested in KwaZulu-Natal, of which 17 were alleged to have transgressed in Dannhauser, two in Hluhluwe, one in Sawoti and one in Izingolweni, whilst the 22nd suspect was arrested in Douglasdale in Gauteng," Cele said.

Furthermore, two people were arrested on election day after a video was posted to social media claiming that they had voted more than once.

"Etienne Mare, 52, posted a video claiming that he was on his way to vote for a second time after hearing from Malinda Halloway, 57, that she had been 'able to do so herself'."

Mare and Halloway appeared in the Barberton Magistrate's Court on Friday, facing charges relating to the contravening of Section 88 (d), voting more than once; Section 89 (i)(a), intentionally making a false statement, alternatively of fraud; and Section 90(2)(a), infringement of secrecy, Cele said.