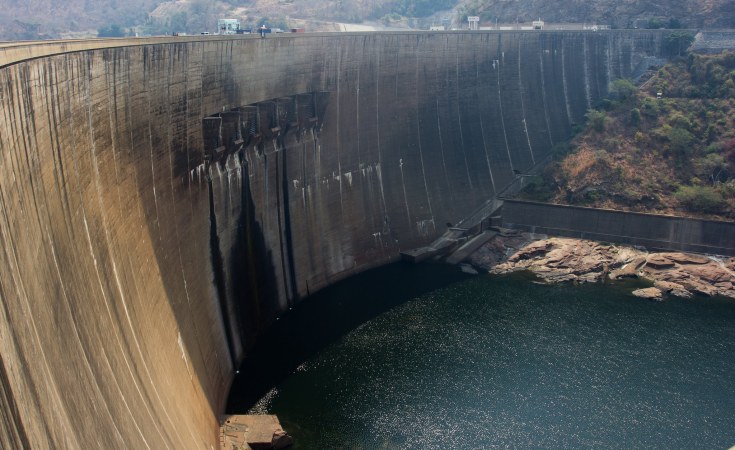 Crippling power cuts being experienced across the country might worsen the plight of local industries that are already battling to remain afloat given the challenging macro-economic environment, the country's biggest industrial lobby group, Confederation of Zimbabwe Industries (CZI) has said.

Zimbabwe is facing renewed challenges around power supply after the Zambezi River Authority cut water allocations to Zimbabwe Power Company for the second time this year due to fast receding water levels in Kariba Dam.

Kariba Dam, from which Kariba South draws water for power generation, received sharply reduced inflows of water this past rainy season due to adverse weather conditions experienced in the Zambezi River catchment area.

As such, due to the power cuts, capacity utilisation in the manufacturing sector is expected to decline this year to about 48 percent, as rising costs of production and foreign currency shortages continue to take a toll on industrial operations.

"For the manufacturing sector, our performance is based on hourly output and for every hour we lose production it is an expense on our part; we then end up paying workers to be sitting all day not to mention losses incurred due to the lack of production.

"We are hoping that Government will resolve these challenges and timely pay for electricity imports to mitigate these challenges that we are facing. In some cases when we experience power shortages, factories require about 5-7 hours to resume operations and it is costing a day's production.

"This is challenging for companies that are already trying to stay afloat in the difficult environment which they are operating in," CZI president Sifelani Jabangwe said in a telephone interview.

Mr Jabangwe highlighted that while it was expensive for industry to rely on backup fuel power generators, it was also not feasible given the fuel shortages that are currently prevailing in the country.

"The backup generator route is expensive for most manufacturing entities and considering that there are fuel shortages it is also not feasible," he said.

The Zimbabwe Electricity Transmission and Distribution Company (ZETDC) said in a recent circular load-shedding was being caused by the mismatch between national demand and the current supply capacity at the State power utility.

"ZETDC is experiencing increased power shortfalls; that is demand and the supply mismatch, due to low water levels at Kariba Power Station, generation constrains at Hwange Power Station and limited imports.

"The power shortfall is being managed through load-shedding in order to balance the power supply available and the demand," reads part of the circular.

Zesa spokesperson Fullard Gwasira, told our sister radio station Capitalk FM that although water shortages may be causing power cuts, operational costs such as water rates and diesel prices are also factoring in on power outages.

"It drives the point home to our customers that what is not paid for correctly cannot be availed if you are selling produce below the cost of production. It's a matter of time before these products are not available.

"But like I said, there are two components; that is the cost component and the price of diesel, which has gone up. The price of water remains payable in US dollars while we are not charging US dollars (for our products) so this discrepancy is one of the reasons why we are introducing load-shedding," said Mr Gwasira.

The situation comes as Zambezi River Authority (ZRA) last month reduced water allocated for power generation at Kariba Hydro-Power Station due to falling water levels in the lake shared by both Zimbabwe and Zambia.

No Immediate End to Load-Shedding - Chasi

Zimbabwe Govt's Financial Records 'In Shambles' - Auditor-General
Tagged:
Copyright © 2019 The Herald. All rights reserved. Distributed by AllAfrica Global Media (allAfrica.com). To contact the copyright holder directly for corrections — or for permission to republish or make other authorized use of this material, click here.