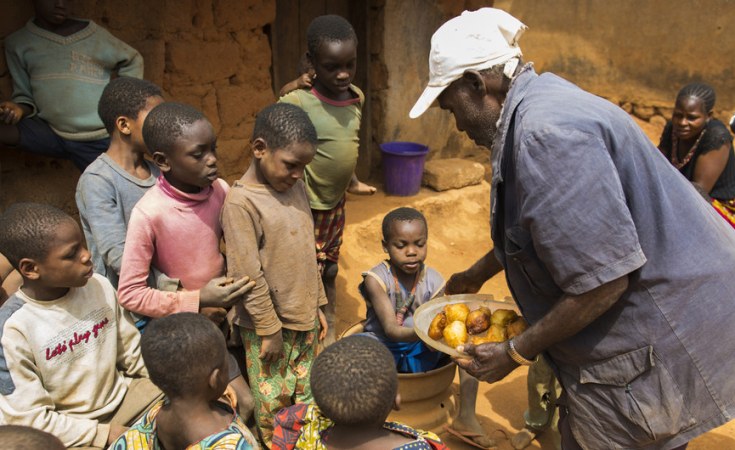 The U.N. warned Monday that Cameroon has become one of the fastest-growing displacement crises in Africa, and that the security and humanitarian situations are deteriorating and risk spiraling out of control.

“Last year, 160,000 people were estimated to need humanitarian assistance in the Northwest and Southwest regions,” U.N. humanitarian chief Mark Lowcock told an informal meeting of the Security Council. “Today, there are not 160,000, but more than 1.3 million people – at least eight times as many in need.”

The county’s English-speaking Northwest and Southwest regions have been wracked with instability since fighting broke out in 2017. More than 1,500 people have been killed and a half-million internally displaced.

The violence has impacted livelihoods, but also left more than 600,000 children out of school and disrupted the health sector, rendering 40% of health facilities not operational in some areas.

The U.N. and nongovernmental groups have scaled up humanitarian assistance, but Lowcock said more funding is urgently needed.

“This year, the U.N. and NGOs are looking for $300 million to reach 2.3 million people, including one-third of them in the Northwest and Southwest regions,” Lowcock said. Only $38 million has been received so far.

Cameroon also faces humanitarian situations in two other parts of the country – in the far north, it hosts Nigerian refugees fleeing Boko Haram militants from the Lake Chad region, and in the east, it has hosted refugees from the neighboring Central African Republic since 2013.

Unrest in the Northwest and Southwest was sparked in 2017 by English-speaking teachers and lawyers protesting Francophone dominance. Armed rebels took over the movement, demanding independence for an English-speaking state they call "Ambazonia." Their demands were met with a government crackdown.

Cameroon’s U.N. ambassador objected to Monday’s informal council session, which was held in a conference room and included two speakers from Cameroon civil society. Organizers intended it to raise awareness of the worsening situation.

“The very subject under consideration – namely the humanitarian situation in Cameroon – in no way constitutes a threat to international peace and security,” Ambassador Michel Tommo Monthé said. He warned that some wanted to use the session to tarnish Cameroon “as hellish country of unspeakable ills.”

Previous Story
Next Story
Cameroon Crisis 'More Alarming Than Ever'

Cameroon Crisis 'More Alarming Than Ever'

Cameroon's Biya Finally Talks Peace
Tagged:
Copyright © 2019 Voice of America. All rights reserved. Distributed by AllAfrica Global Media (allAfrica.com). To contact the copyright holder directly for corrections — or for permission to republish or make other authorized use of this material, click here.