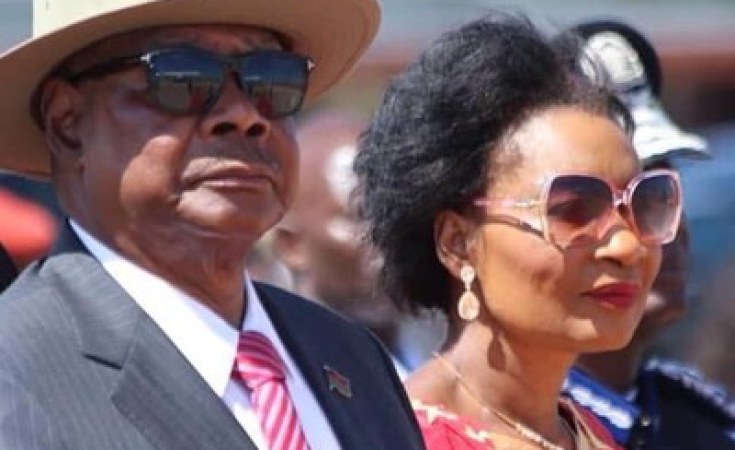 Two of the country's well-known political analysts have hailed President Peter Mutharika for maintaining a lean Cabinet since he took over the reins of power five years ago, saying the stint has saved Malawi's fragile economy billions of taxpayers' resources.

Mutharika, in exercise of the powers conferred upon him by Section 95 (2) of the Constitution of the Republic of Malawi, dissolved the Cabinet with effect from Wednesday, May 15 ahead of the Tripartite Elections.

Malawians go to the polls next Tuesday on May 21 to elect members of parliament, local government councillors and President.

A statement signed by chief secretary to government, Lloyd Muhara, said "following the dissolution of Cabinet and until the appointment of a new Cabinet, all Ministerial powers, functions and responsibilities shall vest in and be exercised by His Excellency the President."

The statement further said "all queries or matters should be directed to the Office of the President and Cabinet."

And in separate interviews with Nyasa Times on Wednesday, George Phiri, of the University of Livingstonia and Professor Mustapha Hussein of Chancellor College heaped praise on Mutharika for not being "extravagant" with his cabinet.

Said Phiri: "His [Mutharika] decision to maintain a lean cabinet is most commendable. It has obviously saved the country a lot of resources because it costs millions if not billions to run a cabinet even for just a week. And, it is more commendable that the dissolution has happened in good time; that is, days before the elections."

But Phiri warned that government and powers-that-be should put strict measures so that the members of the dissolved cabinet do not commit any foul play during the transition period.

"This is a time when some [members of the dissolved cabinet] can take advantage and loot government of its resources through dubious means, so those responsible in this transition should be extra watchful," said Phiri.

"At least for the first time we had a small cabinet that saved this country a lot of resources. We have not had like those other cabinets that literally drained billions of kwacha at the expense of taxpayers. He [Mutharika] stuck to his pledge on maintaining the cabinet, and this is most commendable. I hope the resources were being channeled to other equally important government business," said Hussein.

During his campaign, prior to his May 2014 election as state president, Mutharika had promised maintaining a lean cabinet as one of his measures to control government expenditure.

Political observers say if Mutharika gets re-elected, he will ring changes to his new Cabinet which will see most of the former ministers left out.

Recently, DPP vice-president for the North, Goodall Gondwe, revealed the anxiety he faces as his party campaigns to retain power in what is expected to be a highly contested election.

In his quoted reporte din the press during a speech at the European Union Day in Lilongwe last Friday night, Gondwe described himself as an 'endangered species'.

"I have a confession to make. Very late yesterday, when His Excellency [Peter Mutharika] asked me to be here, being a much endangered species that I am now--not knowing what will happen to me on May 21--whether my party wins or not, I am still an endangered species.

"And when he asked me to be here, I wondered what could be in his head. Is he trying to tell me that for the last time I will represent my country or he still has confidence in me? So, people in my position have a lot of things to think about these days. Your Excellency, talked about elections... I can assure you when it concerns you it is not as exciting as you made it clear," said Gondwe amid laughter and murmurs.

Gondwe painted a picture of how hard the DPP is working to retain power. He said for the past two months he has not done anything else but going round canvassing for votes. But even with this effort, according to Gondwe, he is not so certain if his party will win or not.

"I always try to see, to gauge what these people are thinking - will they support my party or not. They never give you an indication. These are anxious days for me and a number of other people," he added.

The DPP has three main rivals in this election--Malawi Congress Party (MCP), which is in alliance with former president Joyce Banda's People's Party (PP) and Freedom Party (PP), Vice-President Saulos Chilima's UTM and the United Democratic Front which has Minister of Health Atupele Muluzi as its torchbearer.

In 2014, DPP made a 36.4 percent surprise presidential votes win from the opposition, beating incumbent president Joyce Banda whose People's Party (PP) came third. MCP came second, with a difference of about 400 000 votes.

Malawi Elections - a Three-Horse Race Too Close to Call

Ballot Papers From Dubai Begin to Arrive As Malawi Polls Near 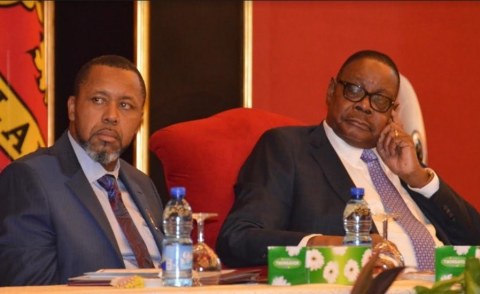 Rigging Claims, Mass Promotions Raise Eyebrows Before Malawi Poll
Tagged:
Copyright © 2019 Nyasa Times. All rights reserved. Distributed by AllAfrica Global Media (allAfrica.com). To contact the copyright holder directly for corrections — or for permission to republish or make other authorized use of this material, click here.