Inside One of the Congo Basin's Worst Forest Offenders 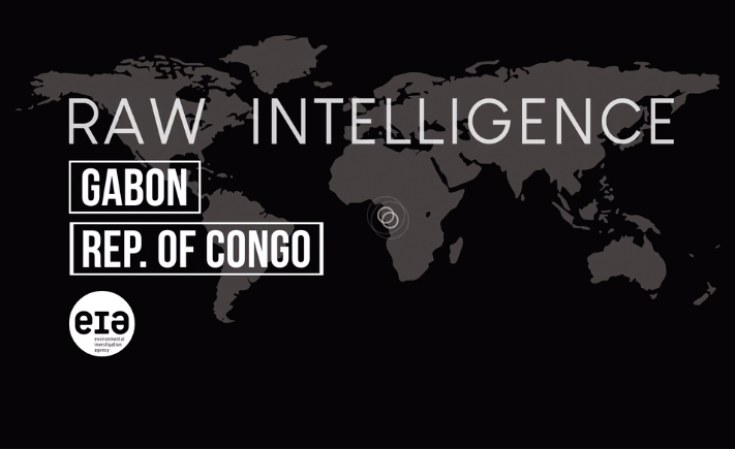 Environmental Investigation Agency (EIA)
In EIA's recently released report - Toxic Trade: Forest Crime in Gabon and the Republic of Congo and Contamination of the US Market, they exposed how the Dejia Group - a conglomerate of affiliated companies controlled by the Chinese magnate Xu Gong De - repeatedly violates the most fundamental laws of forest governance.
Content from our Premium Partner
Environmental Investigation Agency (Washington, DC)
analysis

Toxic Trade: Forest Crime in Gabon and the Republic of Congo and Contamination of the US Market we exposed how the Dejia Group – a conglomerate of affiliated companies controlled by the Chinese magnate Xu Gong De – repeatedly violates the most fundamental laws of forest governance, and thus has contributed to pillaging the Congo Basin Forest, the world's second lung next to the Amazon Rainforest.

Our report shows how the company illegally obtains logging rights; over-harvests even endangered species; exports logs well beyond their authorized quota; and hides tens of millions of dollars in profits through transfer pricing schemes. All of this has gone on for years. EIA's findings indicate that this intricate scheme of illegally sourcing timber relies on the buyers' complicity and a cultivated network of corrupt officials, paid off by the companies that comprise the Dejia Group.

Consequences developing in the wake of EIA's report have just begun to materialize globally and across the supply chain. In the United States, the principal manufacturer, one of the largest logging and timber companies in the country, immediately stopped sale of the product consisting of Congolese and Gabonese timber. US authorities also have opened an investigation into the toxic supply chain and its main actors.

In Gabon, authorities have launched their own investigation, and their findings, made public a few days ago, confirmed the validity of those in EIA's report. Gabonese authorities subsequently have suspended the logging rights of the companies in Gabon, seized their available logs, and are pursuing a more in-depth investigation.

Meanwhile, authorities in the Republic of Congo have publicly attacked the report, denied its findings, and falsely reassured international buyers that the wood from the Republic of Congo is not illegally sourced; in their words: "The government wishes to point out that no forest company can operate illegally in our country." On April 16th 2019, a right-of-reply letter from the Republic of Congo shared publicly by the four affiliates of the Dejia Group mentioned by EIA – SICOFOR and CDWI in the Republic of Congo; SSMO and SBM in Gabon – characterized EIA's report as "perfidious and deliberate slanders" and presented its findings, as "totally wrong." Admissions of illegalities by high-ranking company officials in each country were categorized as "personal remarks" that did not represent the companies, despite these admissions coming directly from the highest management officials in each country.

In order to present the truth and bring more evidence to the public eye, EIA is launching a new video series called "Raw Intelligence." Through minimally edited undercover videos, capturing Dejia management speaking in their own words, EIA will demonstrate how the crimes documented in Toxic Trade are both pervasive and structural. Company officials admitting to broad tax evasion schemes in order to hide profits and paying off local and national officials to turn a blind eye toward violations are just two examples of what our Raw Intelligence footage will show. We invite you to look at the evidence yourself. Watch the first episode here and make sure to follow the Raw Intelligence series over the next few weeks at www.eia-global.org.