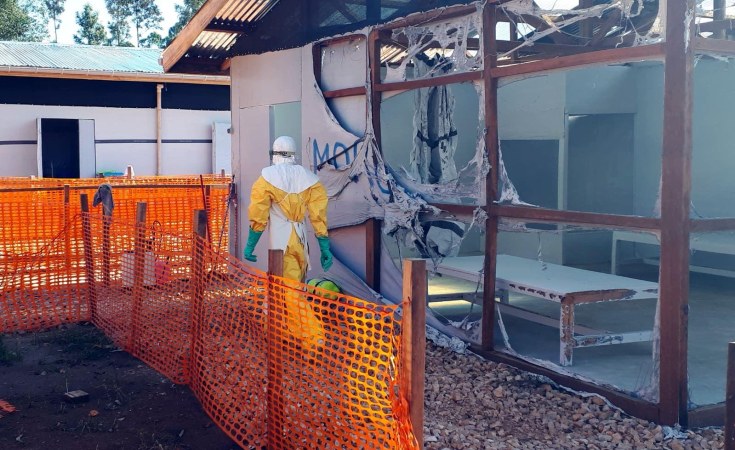 Last year 973 attacks were reported on health workers in nearly two dozen conflict-ridden countries, killing 167 workers, according to the Safeguarding Health in Conflict Coalition, a collection of global groups aimed at protecting them.

The violence, from bombings, burnings and armed takeovers of hospitals and clinics to attacks on ambulances and kidnappings, injured 710 health workers, it said.

The number of documented attacks rose significantly from the 701 reported attacks, also in 23 countries, in 2017, it said.

But the coalition cautioned that it was unclear if the higher number reflected more attacks or higher reporting after the World Health Organization (WHO) implemented a standardized system for collecting data on attacks last year.

Six vaccination workers were killed, and six were injured, it said.

The countries with the most reported attacks on health workers in 2018 were the occupied Palestinian territories with 308 and Syria with 257, followed by Afghanistan, Yemen, Libya and CAR.

The number of reported incidents rose in Cameroon, Libya, the occupied Palestinian territories and Yemen from 2017 and dropped in Iraq and South Sudan.

Of critical significance were attacks on health workers in northeastern Congo that forced many clinics to close temporarily, the coalition said in its report.

The violence poses "a great threat to containing the spread of the Ebola virus," it said, by hindering efforts to trace those coming in contact with the virus and heightening the risk that it spreads.

"The violence is directly connected to the inability to get the epidemic under control," said Leonard Rubenstein, chairman of the coalition and faculty member at the Johns Hopkins Bloomberg School of Public Health.

"It's an unrecognized problem," he told the Thomson Reuters Foundation. "Anybody concerned with global health needs to ... recognize what a threat this is to people all around the world and to us as well when epidemics can't be stopped because of violence."

The epidemic has moved through northeastern Congo, killing 1,117 people since mid-2018, the WHO said on Tuesday.

Violence and threats in Afghanistan forced 140 clinics to close between June 2017 and June 2018, leaving an estimated two million people without access to healthcare, it found.

In Libya, Yemen and in northern Nigeria, more than half of the health facilities are either closed or no longer fully functioning, it said.

Ebola Survivors Can Lose Their Eyesight

UN Changes Tack on DR Congo Ebola Fight
Tagged:
Copyright © 2019 Thomson Reuters Foundation. All rights reserved. Distributed by AllAfrica Global Media (allAfrica.com). To contact the copyright holder directly for corrections — or for permission to republish or make other authorized use of this material, click here.