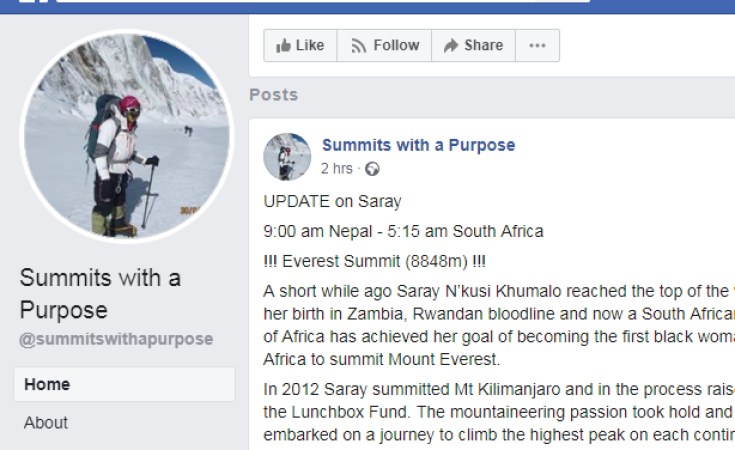 On the Summits with Purpose Facebook page, it is being reported that Saray N'kusi Khumalo reached the top of the highest mountain in the world at 9am Nepal time (5.15am South African time).

The page says: "With her birth in Zambia, Rwandan bloodline and now a South African, this sister of Africa has achieved her goal of becoming the first black woman from Africa to summit Mount Everest."

The post says that Khumalo  summitted Mt Kilimanjaro in 2012, raising funds for the Lunchbox Fund.

"The mountaineering passion took hold and she embarked on a journey to climb the highest peak on each continent, not for herself but the education of African children.

"She summitted Mt Elbrus in 2014 and Mt Aconcagua in 2015. She became a Nelson Mandela Libraries ambassador and raised nearly R1m for school libraries. After being on Everest during both the serac fall (2014) and the earthquake (2015), she reached the south summit in 2017."

Her 2019 return to Everest is in support of the Dr Thandi Ndlovu Foundation.

All South Africans in Nepal Safe After Quake 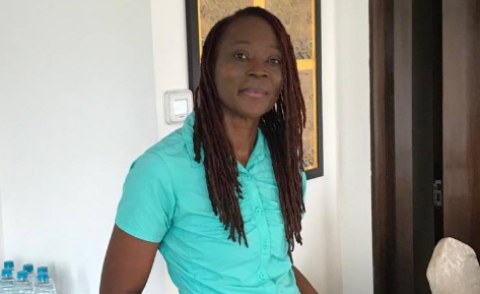 First Black African Woman Conquers Everest - for Charity
Tagged:
Copyright © 2019 allAfrica.com. All rights reserved. Distributed by AllAfrica Global Media (allAfrica.com). To contact the copyright holder directly for corrections — or for permission to republish or make other authorized use of this material, click here.