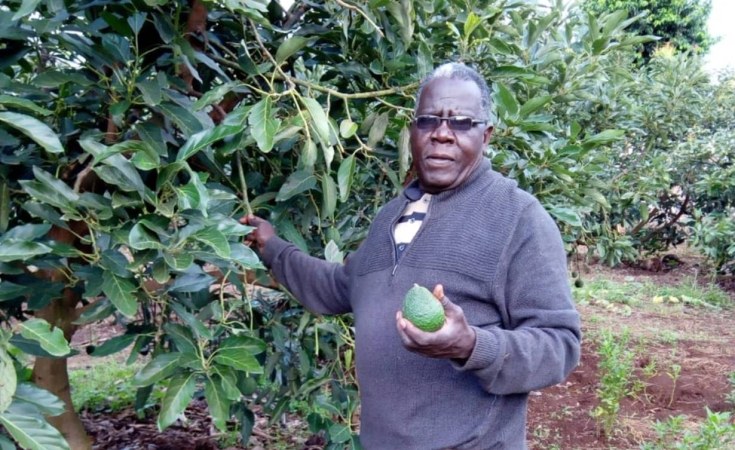 A logistical nightmare and the high costs of meeting tough conditions required for the export of Kenyan avocados to China are threatening to choke the lucrative deal inked last month.

The stringent conditions, which include requiring a farmer to peel and freeze the fruit before export, could lock out thousands of small-scale farmers who are eying the world's largest market.

According to the rules seen by Saturday Nation, a farmer has to instal machines and coolers for peeling and freezing of the fruit ahead of export.

They will have to freeze the peeled fruits to negative 30 degrees Celsius and chill further to negative 18 degrees while on transit to the destination.

This means that farmers will have to invest heavily in cold rooms and meticulously follow all the requirements to reap from the deal billed as the game changer for Kenya's agriculture.

The peeling and freezing requirement adds to 56 steps a trader has to take shuttling from one government agency to another to get an avocado export clearance.

Kenya Plant Health Inspectorate Service (Kephis) on Friday warned the conditions set by the Chinese might limit small-scale farmers' access to the market.

"Given the requirements, most small-scale farmers cannot afford to sell their avocados to China," Kephis Managing Director Esther Kimani said.

The peeling of the fruit before freezing is a new condition for the export of avocados.

It is not in the regulations guiding export of the fruit to existing export markets, including the European Union, the Middle East and Asia.

Kenya's journey to the 1.4 billion strong Chinese market has taken seven years as Beijing has been uncomfortable with the presence of fruit flies in Nairobi's avocados.

It took an okay from Chinese inspectors in March and a visit to the Asian nation by President Uhuru Kenyatta in April to unlock the deal.

The inspectors from the Chinese National Plant Protection Organisation flew in to undertake a rigorous risk analysis - including inspection of local avocado fruits, farms, laboratories and holding bays for the fruit at the airports.

While they gave a clean bill of health that led to the signing of the bilateral pact, the requirements they gave in order to have local avocados flown to Beijing are more stringent than those of the existing markets.

A kilogramme of avocado fetches up to Sh2,000 ($20) in China compared to Kenya's Sh80, while avocado powder in the Asian country could earn up to Sh10,000 per kilo.

"If we do not comply, China will suspend the exports and continuous non-compliance will lead to a total ban," warned Dr Kimani, saying Kephis had upped its antenna to protect the deal.

Mr Amos Wangora, the CEO of KenTrade, an agency that facilitates export business, said the way out for farmers is to pool together in cooperatives so as to enjoy the economies of scale around transport, refrigeration and other expenses.

"We hope to address these concerns in due course so that our fruits are fully accepted," said Mr Ojepat, who also sits in the Kephis committee on phytosanitary issues.

He noted that full benefits from the agreement could begin to be realised from next year, as the available fruits are not enough.

His sentiments were echoed by FPCK director Paul Mwenda, who is also an exporter.

"With the entry of the Chinese market, our devolved governments have to work hard and ensure that the farmers meet the conditions set," Mr Mwenda said, noting that the country has not satisfied the available market.

He added that with the help of Kephis, the exporters would organise phytosanitary training for farmers and how to address the challenges that come with chemical spraying and pesticide use when producing avocados.

The avocado stakeholders would also regulate the harvesting regime to ensure only mature fruits are picked.

Kenya is Africa's second-largest producer of avocados after South Africa.

The government's drive to promote avocado farming for export has seen more 7,500 hectares of land put under cultivation of the crop in recent years.

Seventy per cent of growers are small-scale farmers who are the most affected by the stringent regulations.

In the 2018-19 financial year, Kenya exported avocados worth Sh10 billion, representing about 80,000 tonnes, which is double the amount exported in 2016, according to data from Kephis.

The European Union accounted for 42 per cent of the market while the Middle East came second at 28 per cent.

But what does it take to become an avocado exporter? It takes a trader 56 steps shuttling from one government agency to another to get avocado export clearance.

The cost of the entire procedure comes to about Sh40,000. At the end of it all, one must come out with 11 documents.

Getting certification ranges from between two weeks and three months. Mrs Rosemary Muita, an agribusiness trader in Nairobi and Kiambu, is a victim of the tedious process.

She gave up halfway in the application for clearance to export avocado crude oil product that she produces.

She thinks that the processes should be brought under one roof to make it more efficient and even employ use of M-Pesa service for payment instead of sending clients to the bank.

Responding to concerns of the tediousness of the process, KenTrade says the steps were necessitated by the stringent regulations on the quality of product set by the trading partners. 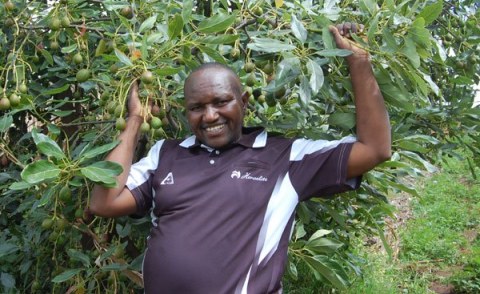 China Avocado Deal Gets Reviewed in Kenya's Favour
Tagged:
Copyright © 2019 The Nation. All rights reserved. Distributed by AllAfrica Global Media (allAfrica.com). To contact the copyright holder directly for corrections — or for permission to republish or make other authorized use of this material, click here.