Samuel Ashitey Adjei, MD of Ecobank Kenya and Regional Executive of CESA, retires after 29 years of outstanding service to Ecobank 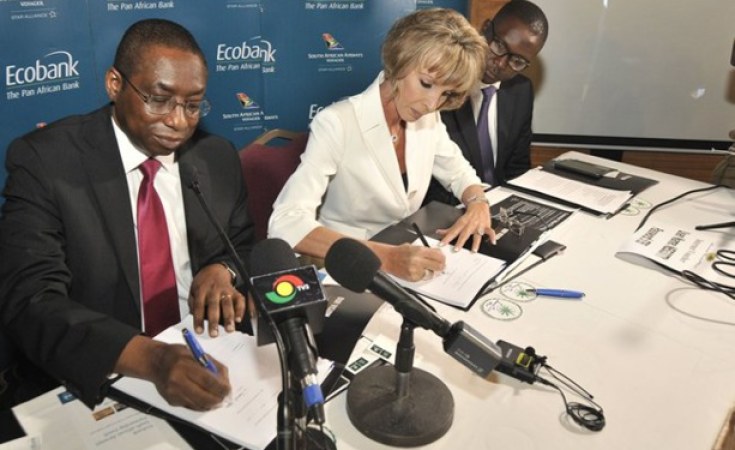 – Ecobank Transnational Incorporated, ('ETI'), the Lomé-based parent company of the Ecobank Group, announces the retirement of Samuel Ashitey Adjei, Managing Director of its affiliate Ecobank Kenya and Regional Executive, for Central, Eastern and Southern Africa (CESA), after 29 years of outstanding service for Ecobank.

Mr. Adjei, who formally retired on 29th April 2019, will be succeeded, subject to regulatory approval, as MD of Ecobank Kenya and Regional Executive, CESA, by Cheick Travaly, who is currently the Regional Chief Operating Officer for CESA.

Mr. Adjei, who was also on the Ecobank Group Management Committee, recently played a leading role in driving Ecobank Group's partnership agreement with the International Federation of Red Cross and Red Crescent Societies. His previous roles at Ecobank have included MD of Ecobank Ghana, Deputy MD of Ecobank Ghana and Executive Director and Head of Corporate Banking and Treasury.

Ade Ayeyemi, Group CEO of Ecobank said: "Sam's impactful performance, dedication and commitment have been apparent to all during his almost three decades with Ecobank. He has been instrumental in building Ecobank Ghana into the most profitable affiliate in the Group and the leading bank in Ghana during his ten years as its Managing Director, and the financial condition of CESA has improved markedly under his stewardship in recent years, with its profit before tax increasing by 79% to US$111 million in 2018. On behalf the Ecobank Group and Board I want to wholeheartedly thank him and wish him all the best in his retirement."

Samuel Ashitey Adjei said: "It has been a real honour to have played a role in the development and growth of Ecobank in its journey to bring economic development and integration to middle Africa. I have long regarded Ecobank's digital strategy as a masterstroke driving transformational change for millions of Africans by seamlessly serving them with innovative and constantly evolving products and services. Even though I am retiring, I will always follow Ecobank's progress with interest and I have every confidence that it will continue to reach new heights as it drives beneficial change across Africa."

Cheick Travaly has 28 years professional experience, the last 14 of which have been spent as a Banking Executive serving six different countries. He holds two Master's degrees, one in Business Administration from the University of South Carolina and another in Economics from the University of Dakar in Sénégal.

Mr. Travaly began his career in the mining sector in Guinea, before making a permanent move into the banking industry. One of his early roles was as a Local Corporate Manager for Citibank Senegal, however he has been employed at Ecobank since 2001 when he took the role of Corporate Bank Head at Ecobank Senegal.

About Ecobank Transnational Incorporated ('ETI' or 'The Group')

Tagged:
Copyright © 2019 Ecobank. All rights reserved. Distributed by AllAfrica Global Media (allAfrica.com). To contact the copyright holder directly for corrections — or for permission to republish or make other authorized use of this material, click here.