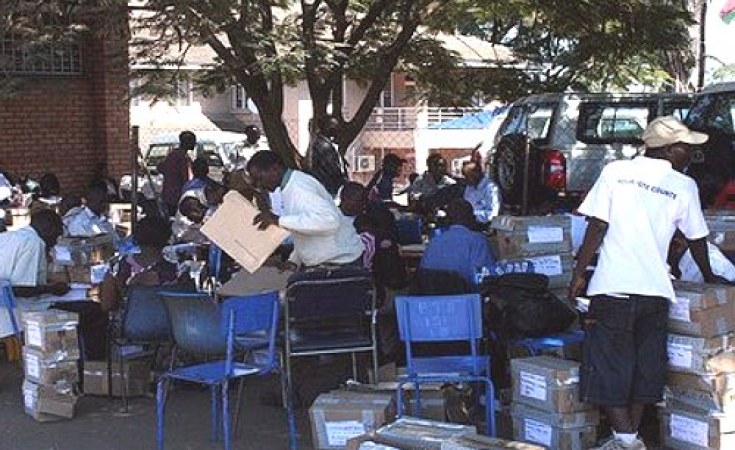 In the last months of former president Bingu wa Mutharika's rule, his relations with his vice-president soured to such a degree that Joyce Banda formed her own political party and intended to run against her boss in the upcoming election. She was frustrated by the corruption endemic to his administration, as well as his increasingly erratic decision making that had plunged Malawi into an economic crisis.

In the end, Mutharika's sudden death in office in April 2012 meant that the electoral battle between the president and his running mate never came to pass. But as Malawi prepares for another election tomorrow, 21 May, the echoes of this recent history are impossible to ignore.

Once again, there is a Mutharika in State House: this time it's Peter, who assumed control of the ruling Democratic Progressive Party (DPP) following the death of his brother, and trounced Joyce Banda in the 2014 election.

Once again, a Mutharika president has totally alienated his deputy, to such a degree that Vice-President Saulos Chilima will be competing against his boss under the banner of a new party, the United Transformation Movement. (Because of the nature of Malawi's constitution, a president does not have the authority to fire his deputy, even when they fall out.)

Writing in the Mail & Guardian, Chilima offered a withering assessment of the current Mutharika administration, despite his own involvement in it. 'Malawians are patient and hardworking people. However, I felt that along the way their patience was being taken for granted by those they entrusted with the lever of power.

'Corruption has been worsening. Nepotism has been festering. Cronyism and rent-seeking was tolerated if not encouraged. Our party manifesto, which promised clean and transparent government, was abandoned and replaced with a myopic and increasingly autocratic way of governing and further perpetrated by a tribal cabal.'

Billy Mayaya, a prominent human rights activist and political analyst, agrees. 'At the top of the list [of Malawi's challenges] is corruption, especially corruption within the rank and file of the ruling party, the DPP. And then secondly the issues of unemployment and the lack of progress generally within Malawi. A lot of donor money and taxpayer money has gone to waste because of corruption, and that has impacted on the lack of progress and development.'

But Mayaya cautions that Chilima, who was a businessman before entering the political fray, is a relatively untested commodity whose impact on the election is difficult to predict. 'His party has only been in existence for 10 months, so it is difficult to tell whether he will commit to development. He will divide the votes of the ruling party, as he is slowly attracting the attention of the youth.'

This could pave the way to power for Lazarus Chakwera, the veteran opposition leader who is head of the Malawi Congress Party (MCP), the liberation movement-turned-political party that ruled the country for decades. From 1966 to 1993 the MCP was the only legal political party, but it was chucked out of office at the first possible opportunity - when multiparty elections were held in 1994.

Chakwera has overseen a resurgence in the MCP's popularity, and he is hoping to mount a real challenge this time around. It should help that the MCP has the support of Banda's People's Party, after she withdrew from the race in March.

At this point, and in the absence of reliable polls, the election is too close to call, with any one of the three frontrunners in with a chance. (There is no provision for a run-off election, which means that whichever candidate receives the most votes will be president.)

This could lead to complications after the vote, explains Malawian academic Jimmy Kainja, in an analysis for African Arguments: 'The tight contest means that there is a good chance the elections results will be disputed. In fact, both Mutharika and Chilima appear to be preparing for such an outcome and have accused each other of plotting to rig the vote.

'This not only arguably marks a new low point in the relations between the president and his deputy, but could reflect how much is riding on the election for the DPP and UTM,' said Kainja.

A loss could be devastating for the political futures of both the president and his deputy. Kainja added: 'Unlike the MCP, which has survived as an opposition party for decades, the DPP and UTM could struggle if they do not win. At 78 years old, Mutharika would be unlikely to contest again and the DPP may find it difficult to stay intact without him.

'Meanwhile, there is a good chance Chilima will abandon politics if he does not become president. He is not running to be an MP and could easily return to the private sector, where he previously had a successful career, if he does not get his way.'

As Malawi's 6.9 million registered voters head to the polls, it is clear that there are few certainties in this election - except, perhaps, for the fact that whoever does end up winning it has plenty of work to do.

Malawi Presidential Poll Results Available in 8 Days
Tagged:
Copyright © 2019 Institute for Security Studies. All rights reserved. Distributed by AllAfrica Global Media (allAfrica.com). To contact the copyright holder directly for corrections — or for permission to republish or make other authorized use of this material, click here.