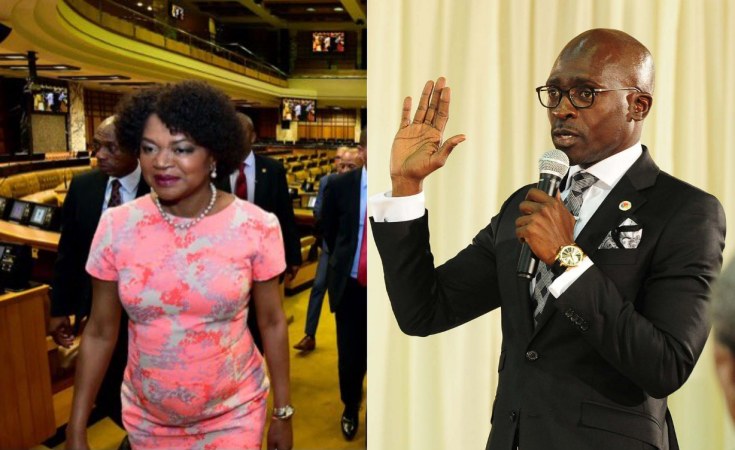 Those supporting President Cyril Ramaphosa clinched the political leadership with the Speaker's position and that of ANC chief whip. The other side, associated with the radical economic transformation rhetoric espoused by Ace Magashule, has the powerful 'chair of chairs' position, which will be occupied by Nomvula Mokonyane, the controversial minister fingered for corruption at the Zondo State Capture commission.

National Council of Provinces (NCOP) chairperson Thandi Modise, now the ANC's choice as Speaker, walked arm-in-arm with incumbent Speaker Baleka Mbete from Monday's ANC special National Executive Committee (NEC) meeting. Both smiled broadly -- as presiding officers they have worked together for the past five years -- and declined to take questions.

It had been a short post-lunch session of about 90 minutes before it became clear the ANC special NEC meeting had finalised its choices for important parliamentary positions -- and the premier candidate for North West. It's understood not all issues were finalised, but enough were dealt with to move forward.

And so, ANC secretary-general Ace Magashule made the announcements, including that North West Premier Job Mokgoro would stay put in the interest of stability.

"At the right time, we will interact again with the matter."

ANC Agrees On Thandi Modise for Speaker of Parliament 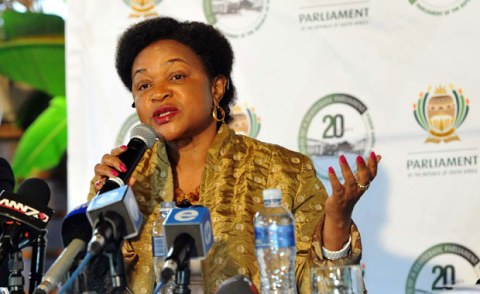 Is David Mabuza In With a Chance as South Africa's Number 2?
Tagged:
Copyright © 2019 Daily Maverick. All rights reserved. Distributed by AllAfrica Global Media (allAfrica.com). To contact the copyright holder directly for corrections — or for permission to republish or make other authorized use of this material, click here.