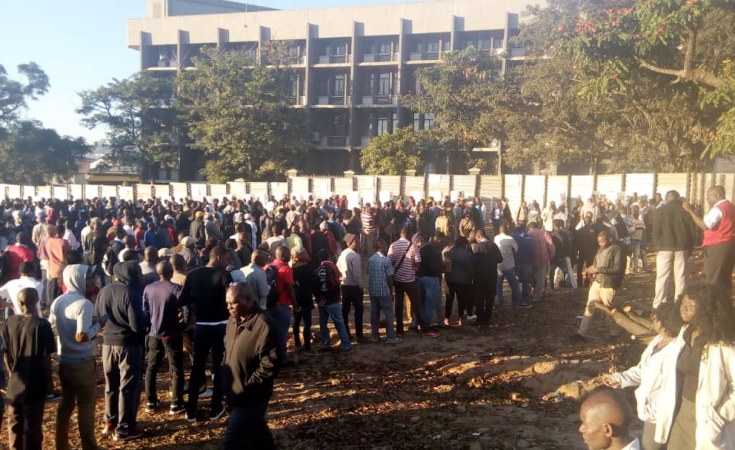 Vote counting in what has been described as one of Malawi's most unpredictable presidential elections has begun in stations where all voters have cast their ballots except for Kanyenjere Polling Centre in Chitipa whichhad only about 300 voters and voting finished much earlier than anticipated.

Malawi Electoral Commission (MEC) has since reversed its decision stopping the media from announcing unofficial results before 10:25pm.

There are seven president candidates, but three are seen as having a realistic chance.

President Peter Mutharika is running for a second term, but he is being challenged by his own vice-president, Saulos Chilima, former opposition leader Lazarus Chakwera and youthful Atupele Muluzi of United Democratic Front (UDF).

The winning candidate just needs to get the largest share of the votes cast under Malawi's "winner takes all" system. Mutharika won in 2014 with just 36 percent of the vote.

The European Union Election Observation Mission to Malawi has expressed satisfaction with voter turnout in most polling centres describing the development as an indication of good preparation on part of MEC.