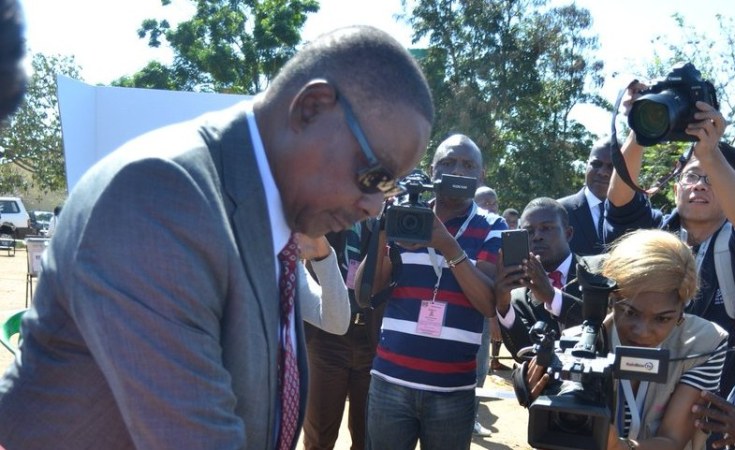 Malawi Electoral Commission (MEC) chairperson Jane Ansah has said official esults for one of the country's most unpredictable presidential elections will be be announced "within 8 days."

Addressing the media at the National Tally Centre in Blantyre, Ansah, a judge of the Malawi Supreme Court of Appeal, said the electoral commission has eight days to announce the result, but results could be known as early as Wednesday evening.

"We believe within the eight days the results will be announced," said Ansah.

There are seven presidential candidates, including incumbent President Peter Mutharika who is facing competition from his Vice-President Saulos Chilima contesting on the ticket of the country's newest registered political outfit UTM Party, Lazarus Chakwera of Malawi Congress Party (MCP) and Mutharika's immediate past minister of Health Atupele Muluzi of United Democratic Front (UDF).

The three who have been written off are Umodzi Party torchbearer John Chisi and two other new faces Peter Kuwani of Mbakuwaku Movement for Development and independent Revelend Kaliya.

" The law has given the Commission eight days from the conclusion of polling within which to announce results. Therefore, the nation should expect the results any day within this period," said Ansah.

She also clarified that results counting will be done at each stream simultaneously.

Ansah said people will not be allowed at the center to "spectate results counting" unless they have been accredited to do so.

She said couting will continue at night as each polling stream has gas lamps to provide adequate lighting.

"Gas lamps go on for long hours and we are confident that polling will go uninterrupted till the end."

MEC chair said after the counting process monitors will sign for the results at their particular stream and get a copy of the results and advised all party monitors not to leave the polling stations until the results are signed for.

The Commission will only release the results that have no queries or complaints lodged against them.

The results will then be released and displayed on the big screens at the national tally center and posted on the MEC website www.mec.org.mw

Former president Joyce Banda, replaced by Mutharika in 2014, threw her support to Chakwera after withdrawing from the race as the People's Party candidate in March.

Mutharika, 78, expressed confidence in his re-election and, like Chilima, said he was pleased with the turnout. Mutharika also appealed for a peaceful process after weeks of contentious debate that occasionally devolved into vandalism, including an attack on an MEC office earlier this month.

Counting Under Way in Watershed Election