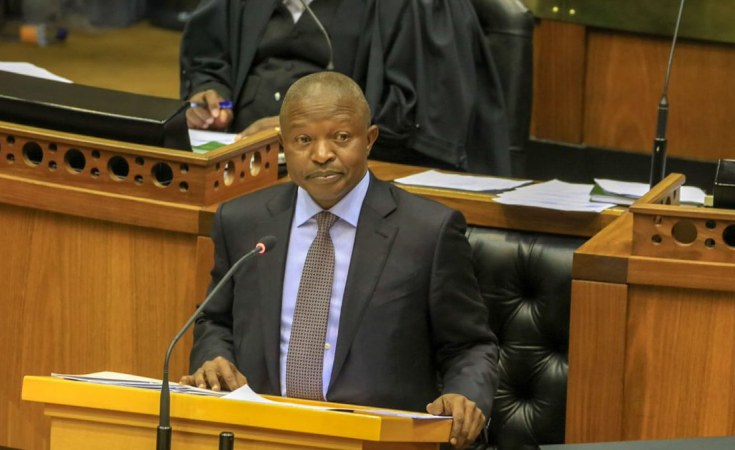 ANC deputy president David Mabuza's swearing in has been postponed.

The ANC said in a statement on Wednesday morning it received and agreed to a request by Mabuza to postpone his swearing in as a member of the National Assembly, which was scheduled for later on Wednesday.

"The Deputy President made the request in light of a report by the ANC Integrity Commission in which he is alleged to have prejudiced the integrity of the ANC and brought the organisation into disrepute. The Deputy President has indicated he would like to have an opportunity to address the Integrity Commission on these allegations," the statement reads.

"In the meantime, he has decided nevertheless to follow the dictates of his conscience and postpone his swearing in as a member of the National Assembly out of respect for the ANC's institutions and processes."

The Day Mabuza Shocked the Nation, Releasing a Torrent of Questions Into the Political Wilderness With Precious Few Answers

South Africa Waits for Announcement of New Cabinet
Tagged:
Copyright © 2019 News24Wire. All rights reserved. Distributed by AllAfrica Global Media (allAfrica.com). To contact the copyright holder directly for corrections — or for permission to republish or make other authorized use of this material, click here.