Rwanda: A Look at OECD and Its Development Centre 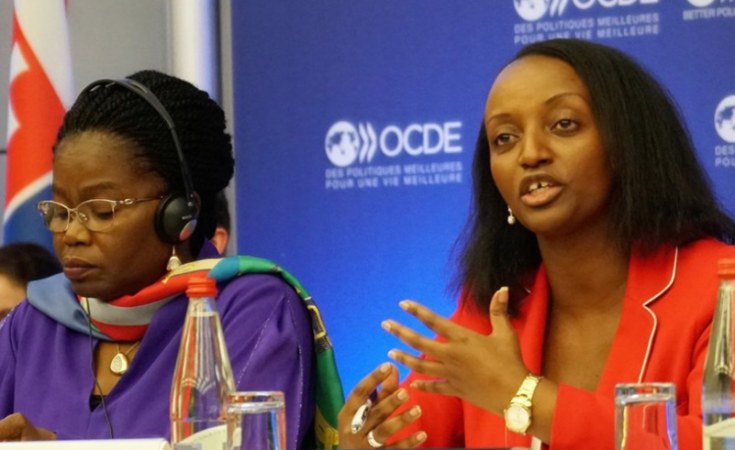 The Organisation for Economic Co-operation and Development (OECD) is an international organisation that works to build policies for better lives. Its goal is to shape policies that foster prosperity, equality, opportunity and well-being for all. "We draw on almost 60 years of experience and insights to better prepare the world of tomorrow," it says.

Together with governments, policy makers and citizens, OECD works on establishing international norms and finding evidence-based solutions to a range of social, economic and environmental challenges. From improving economic performance and creating jobs to fostering strong education and fighting international tax evasion, the organisation provides a unique forum and knowledge hub for data and analysis, exchange of experiences, best-practice sharing, and advice on public policies and global standard-setting.

The OECD says it strongly believes in international cooperation and multilateralism. "Our member countries work with partners and organisations worldwide to address the pressing policy challenges of our time," the organisation says.

In Africa, it primarily focuses its interventions on the continent's sustainable economic and social transformation. "We support the implementation of the African Union's strategic vision at continental, regional, national and local levels by co-producing cutting-edge data and analysis with our African member states and partners, and facilitating an open dialogue on policies to accelerate that transformation."

According to OECD, its Development Centre that Rwanda joined yesterday "occupies a unique place within the OECD and in the international community".

The OECD Development Centre is a forum where countries share their experience of economic and social development policies, according to the grouping. "The Centre contributes expert analysis to the development policy debate. The objective is to help decision makers find policy solutions to stimulate growth and improve living conditions in developing and emerging economies".

"We facilitate a policy dialogue between governments, involving public, private and philanthropic actors. Countries from Africa, Asia and Latin America participate as full members in the Centre, where they interact on an equal footing with OECD members."

The Development Centre membership is open to both OECD and non-OECD countries. Members set the Programme of Work and Budget of the Centre through its Governing Board and finance the Centre. The Centre co-operates closely with the other parts of the OECD - particularly those also working on development - and the Development Assistance Committee (DAC).

The OECD Council is the organisation's overarching decision-making body. It is composed of ambassadors from member countries and the European Commission, and is chaired by the Secretary-General. It meets regularly to discuss key work of the Organisation, share concerns and take decisions by consensus. Once a year, the OECD Council meets for the Ministerial Council Meeting, which brings together heads of government, economy, trade and foreign ministers from member countries to monitor and set priorities for our work, discuss the global economic and trade context, and delve further issues such as the budget, accession and other priorities.

The OECD works through more than 300 committees, expert and working groups which cover almost all areas of policy making. "Our committees propose solutions, assess data and policy successes, and review policy actions among member countries. They cover the same issue areas as government ministries, such as education, finance, trade, environment, development, and liaise with country-level experts. Committee participants come from member and partner countries, and represent state bodies, academia, business and civil society. Around 40,000 people take part in these meetings every year."

The OECD Secretariat carries out the work of the OECD. It is led by the Secretary-General and composed of directorates and divisions that work with policy makers and shapers in each country, providing insights and expertise to help guide policy making based on evidence in close coordination with committees. Directorates report to the Secretary-General. The 3,300 employees of the Secretariat include economists, lawyers, scientists, political analysts, sociologists, digital experts, statisticians and communication professionals, among others. The OECD also has centres in Berlin, Mexico, Tokyo and Washington D.C., which are part of the OECD's public affairs and communications team.

The European Union also takes part in the work of the Governing Board.

The OECD is headquartered in Paris, with four regional OECD offices in Washington D.C, Berlin, Mexico City, and Tokyo.

Mexican Angel Gurrí was appointed as the Secretary-General of the OECD on 1 June 2006. The 69-year-old father of three is currently serving his third five-year mandate. Gurría has "firmly established the Organisation as a pillar of the global economic governance architecture including the G20, G7 and APEC, and a reference point in the design and implementation of better policies for better lives," according to the official website.

Under his watch, the OECD is leading the effort to reform the international tax system, and to improve governance frameworks in anti-corruption and other fields.

The ophthalmologist previously held senior government positions in Mexico, including Minister for Foreign Affairs, and Minister for Finance and Public Credit in the 1990s.

Why Rwanda's Admission to OECD Development Centre is a Big Deal 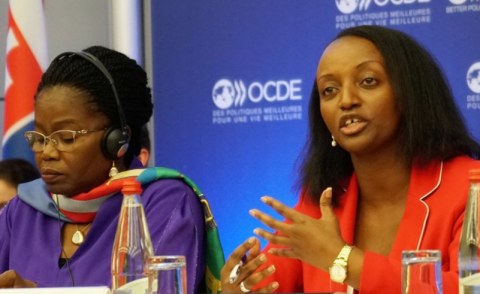 Rwanda Joins 56 Other Nations In Pursuit of Economic Prosperity
Tagged:
Copyright © 2019 The New Times. All rights reserved. Distributed by AllAfrica Global Media (allAfrica.com). To contact the copyright holder directly for corrections — or for permission to republish or make other authorized use of this material, click here.