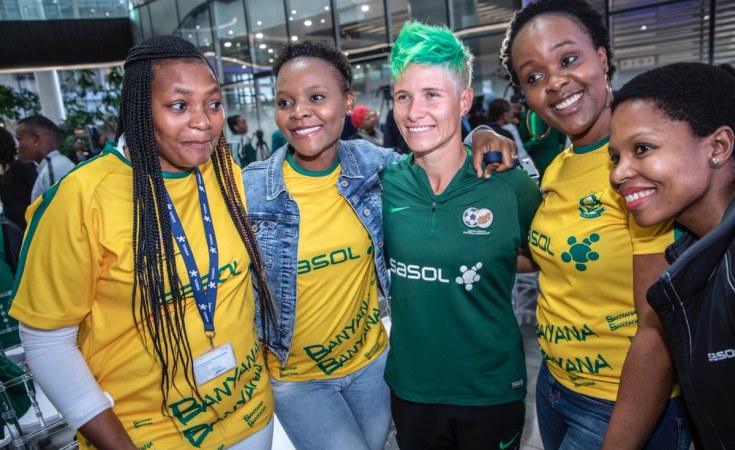 Cape Town — South Africa's women's national soccer team are off to the FIFA Women's World Cup in France - and for the first time will earn the same as their male counterparts.

TimesLive reports that SA Football Association president Danny Jordaan announced on Thursday that the women Banyana Banyana players and their Bafana Bafana counterparts will for the first time earn the same amounts for the FIFA Women’s World Cup and the Africa Cup of Nations (AFCON) respectively.

“This will go a long way towards closing the pay gap between the men and women footballers in this country and it is a happy day for South African football‚” TimesLive quotes Jordaan as saying.

The Banyana and Bafana players will get R320‚000 each if their teams are able to reach the Last 16 stage of the World Cup in France and the AFCON finals in Egypt.

Banyana captain Janine van Wyk is quoted as saying: “It is truly amazing as you know that we have been fighting for equality in sport for a long time. To know that we are going to get the same incentives as Bafana is amazing."

The SABC is reporting that Jordaan has promised that a local Women’s Premier League will be launched in August this year.

Jordaan made the promise during the send-off ceremony for Banyana Banyana.

“Teams have also agreed to sign players from outside the country, we already have interest from Zambia and Zimbabwe. From the legacy trust we have put aside R30 million as an investment to make sure that the league will be able to kick-off, probably on the 9th of August.”

The SABC notes that Banyana have done well recently, having reached the Africa Women’s Cup of nations final where they narrowly lost a gruelling encounter against Nigeria. Their star striker Thembi Kgatlana was named top player and goal scorer of the tournament and African Women’s Footballer of the year in 2018.

eNCa reports that South Africa play Norway in a friendly International on June 2 before opening their World Cup campaign against Spain on June 8.