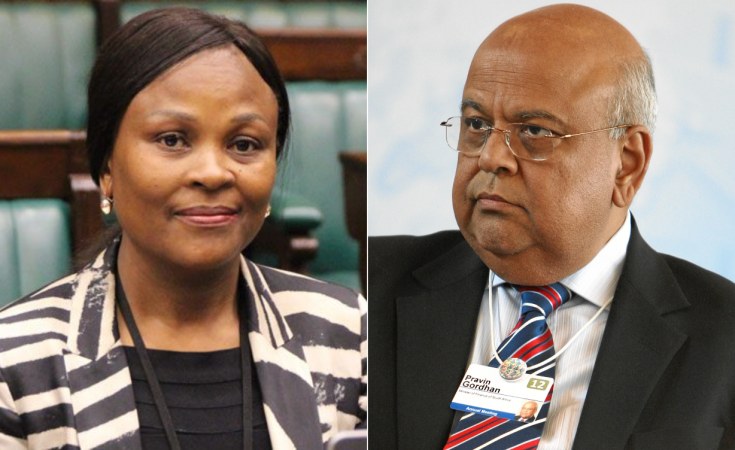 Speaking during a media breifing, Mkhwebane said that Gordhan was guilty of improper conduct for approving the early retirement of Pillay, wich included full pension benefits, and re-employing the former SARS deputy chief on a fixed term contract. Gordhan, who was finance minister at the time, previously stated that Pillay's retirement was "entirely above board".

It is alleged that Gordhan, a former SARS commissioner, created and operated a unit within SARS that unlawfully spied on taxpayers. The Hawks police unit had previously investigated Gordhan over the allegations but no further legal action was pursued, writes EWN.  The so-called "rogue-unit" became the focal point of Mkhwebane's investigation and she subpoenaed the minister to submit an affidavit related to it. During April 2019, Gordhan sought an extension to submit his affidavit. Gordhan's spokesperson Adrian Lackay said the subpoena amounted to an "abuse of office" by Mkhwebane, adding: "[The] same set of allegations have been investigated repeatedly by various institutions - including the office of the Public Protector in 2014 - and no conclusive evidence could be found of any illegality by SARS or Minister Gordhan".

Pressure Mounts in Face-Off Between South Africa's Gordhan, Ombud
Tagged:
Copyright © 2019 allAfrica.com. All rights reserved. Distributed by AllAfrica Global Media (allAfrica.com). To contact the copyright holder directly for corrections — or for permission to republish or make other authorized use of this material, click here.