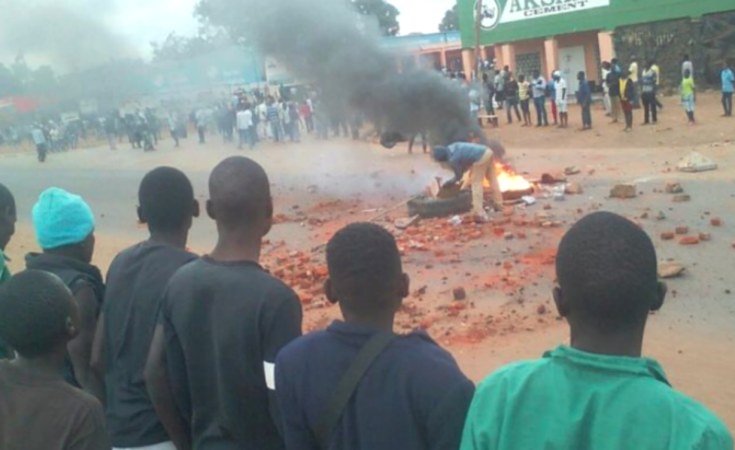 Nyasa Times
Some election protests have become violent. Poll results were not released after the Malawi Congress Party asked the High Court for a recount.
Radio France Internationale

A Malawi court on Saturday ordered the electoral board not to announce the 21 May presidential election results, following opposition complaints of vote-rigging.

The High Court in the southeastern African nation ordered a halt to the release of presidential results and a recount in a third of voting districts.

The electoral body stopped releasing updated election results on Friday after it had received 147 complaints from some of the parties involved in Tuesday's vote.

The main opposition Malawi Congress Party of Lazarus Chakwera went to court over what it claimed were irregularities in results from 10 of the country's 28 districts.

Opposition parties have complained that figures on many vote count sheets were altered.

The court in the capital Lilongwe on Saturday ordered that "the announcement of presidential results is stayed until the results ... are verified through a transparent recounting of the ballot papers in the presence of representatives of political parties which contested the elections."

Malawi Probes Bribery Allegations Ahead of Poll Case Ruling
Tagged:
Copyright © 2019 Radio France Internationale. All rights reserved. Distributed by AllAfrica Global Media (allAfrica.com). To contact the copyright holder directly for corrections — or for permission to republish or make other authorized use of this material, click here.