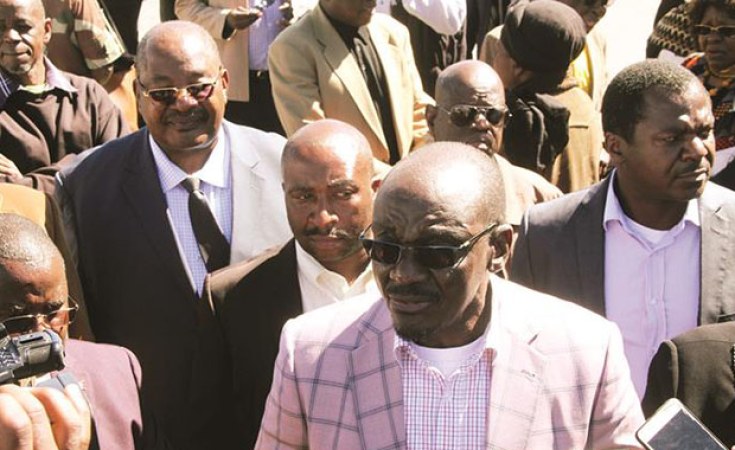 THE family of leading nationalist and ex-Cabinet minister Dr Dumiso Dabengwa has welcomed Government's decision to declare him a national hero.

Dr Dabengwa died on Thursday in Nairobi, Kenya, while being flown back to Zimbabwe from India where he had gone for medical treatment.

Vice President Cde Kembo Mohadi yesterday announced that Dr Dabengwa had been declared a national hero at the Joshua Mqabuko Nkomo International Airport, where his body was expected to arrive aboard a South African Airways plane.

However, the body did not arrive due to some technical problems and is expected to arrive in the country at 10AM today.

Mr Sibanda said the family was satisfied with the national hero status accorded to Dr Dabengwa.

"We welcome that he has been declared a national hero," said Mr Sibanda.

He added that the family informed Vice President Kembo Mohadi of their desire to bury him at the family gravesite in Ntabazinduna, Matabeleland North.

He appealed to members of the public to come in their numbers today and receive the body of the national hero at the airport. Transport is expected to be availed for those intending to go the airport.

Meanwhile, condolence messages continue to pour in to the Dabengwa's family following his death.

She said Dr Dabengwa is among the people who groomed and encouraged her to join active politics.

"He was one of the people who encouraged me to join active politics following the death of ubaba uMalunga Sidney, my brother Cyril (Ndebele) and ubaba uJoshua Nkomo. I won the elections (Makokoba Constituency seat). Even when I left Bulawayo for Matabeleland North, he was one of the people who really supported me. He supported good ideas and good things that people are doing. I never knew him as someone who would pick fights. He was never controversial without cause. We are going to miss him. Even after he joined Zapu, he would communicate with everybody that is why every section of our community is here," said Dr Nyoni.

"A national hero should not be about belonging to a certain political organisation, but honouring contributions that one would have made for the country. So we are happy that Dabengwa, despite being Zapu president, has been declared a national hero. I hope this will not end just with him, but more cadres who deserve such an honour will get it," said Cde Ndlovu.

Dr Dabengwa was born in Matabeleland North's Umguza District in 1939.

Zimbabwe Military Takes Over National Hero's Burial
Tagged:
Copyright © 2019 The Herald. All rights reserved. Distributed by AllAfrica Global Media (allAfrica.com). To contact the copyright holder directly for corrections — or for permission to republish or make other authorized use of this material, click here.