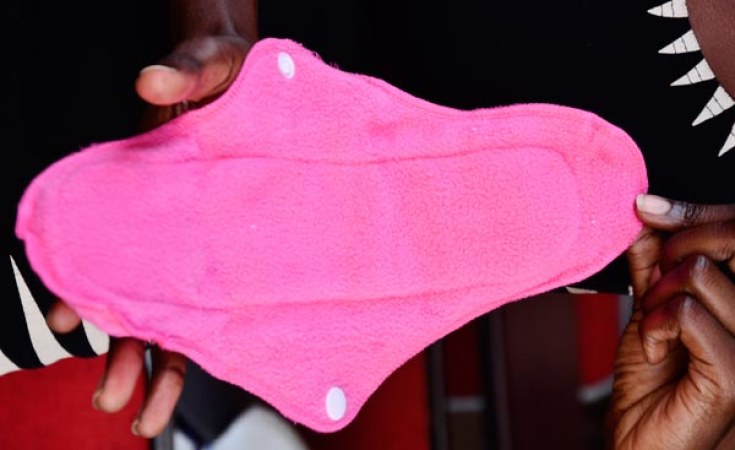 Alex Esagala/Daily Monitor
A reusable sanitary pad with flaps and fasteners at the side. With access to these, many girls would not absent themselves from school during menstruation.
Swenga (Johannesburg)
By Admin Wimn

Today May 28, is world Menstrual Hygiene Day, it is dedicated to raising awareness and combating taboos associated with menstrual hygiene with the goal of enabling women and girls to achieve their full potential. Half of the world's population by virtue of being female will at some point in their reproductive life have periods. It's a natural and normal occurrence; the average woman menstruates for 3,000 days during her life time. That said, menstruation is still considered a taboo subject for millions of women across the globe.

When Sarah first got her period as a teenager, her mother and aunties decided that it was time for her to have the period talk. They informed her that in their culture, if a girl was on her period, they were not allowed to cook as it would lead to bad stomach cramps. She also noticed that sometimes the grown-ups would call the young ones to salt the food they were cooking. Being curious about this ritual, she asked her mother why they did this. "She was honest enough to tell me that it was another period myth, that menstruating women are not allowed to add salt in food as they are considered unclean during this time," shared Sarah.

Her story is one of hundreds about periods. A 2018 BBC piece on periods revealed that in the Ashanti and Central Region of Ghana, schoolgirls have been banned from crossing a river while they are menstruating. While in Madagascar, some females are told not to wash during their periods and in Nepal some women are forced to sleep in huts away from the rest of the family while menstruating.

This stigma, shame and misinformation around menstruation according to a UNFPA report last year, is contributing to human rights concerns. A few of these highlighted in the study include:

Menstruation taboos can keep women and girls from touching water or cooking, attending religious ceremonies, or engaging in community activities. These taboos reinforce gender-based discrimination, perpetuating the idea the menstruating women and girls are unclean.

Women and girls face stigma and ridicule that contribute to their exclusion from school and opportunities. "A report from Uganda brings out the fear of teasing by classmates as a reason for absenteeism," the authors noted.

Global studies show a link between menstruation and lost wages. Women around the world experience limited access to sanitation facilities in the workplace.

In many communities, menarche - the onset of menstruation - is associated with readiness for marriage. Child marriage increases the risk of adolescent pregnancy and other outcomes that undermine girls' human rights.

The cost of menstrual products exacts a toll on the health and safety of vulnerable women and girls.

The cost of menstrual products may also contribute to the perception that daughters are economically burdensome.

The theme of Menstrual Hygiene Day 2019 is -It's Time for Action. According to Global Waters, one of the organizations raising awareness on period matters, the theme, not only emphasizes the urgency of this public health issue, but also highlights the transformative power of improved menstrual hygiene to empower the world's women and girls and unlock their economic and educational opportunities.

Menstrual Hygiene Management is crucial as it is also imperative to the achievement of several Sustainable Development Goals (SDGs) as the infographic below demonstrates. 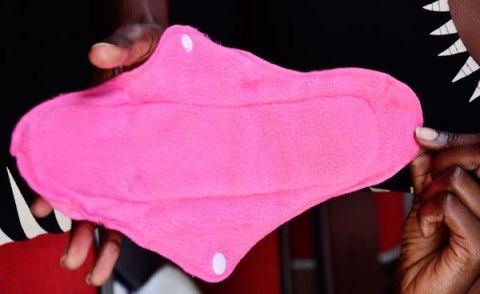 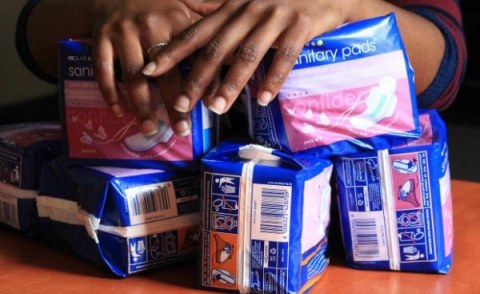 A Bloody Catastrophe - The Real Cost of Menstruation

The Nightmare of Menstruation for Poor Girls 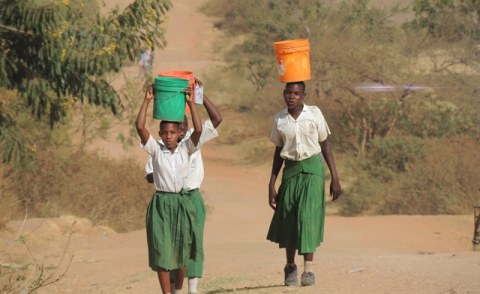 Tanzanian Girls' Monthly Nightmare Forces Them Out of School

Breaking the Flow of Silence On Menstruation 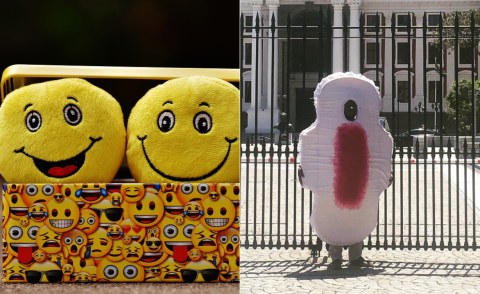 Have Your Period? There May be an Emoji for That 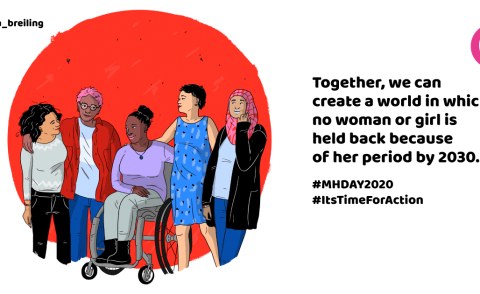 Tackling Menstrual Shame in Africa
Tagged:
Copyright © 2019 Swenga. All rights reserved. Distributed by AllAfrica Global Media (allAfrica.com). To contact the copyright holder directly for corrections — or for permission to republish or make other authorized use of this material, click here.