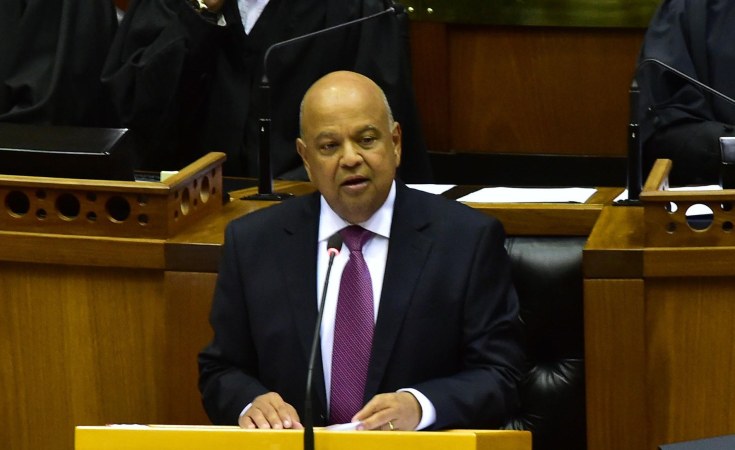 Pravin Gordhan seems poised to resume his Cabinet position as public enterprises minister, after filing a review application in the Gauteng High Court in Pretoria on Tuesday seeking to set aside a report by the Public Protector which found he violated the Constitution.

This, despite an onslaught against Gordhan from within the ANC, by Economic Freedom Fighters (EFF) leader Julius Malema, and other formations like the newly-formed African Transformation Movement (ATM), following the release of the report.

Tebogo Malatji, Gordhan's lawyer, says they believe the review application suspends the recommendations of disciplinary action against Gordhan pending the outcome of the court process.

This could give President Cyril Ramaphosa enough political leeway to reappoint Gordhan to Cabinet because legally, there is no action for him to take.

In addition, Gordhan argues in court papers, there currently exists no contractual agreement between Gordhan and the president, which will legally also prevent any action being taken against him.

In the application, Gordhan slams Public Protector Busisiwe Mkhwebane as being "unfit for office", "stunningly incompetent", "acting unconstitutionally" and issuing a report as part of a political campaign to prevent him being reappointed to Cabinet by Ramaphosa.

He says the report and subsequent reaction is an attempt to taint him and attack his integrity.

There has been no official word from the presidency on when Ramaphosa is going to announce the members of his new Cabinet, but some government officials have said they are preparing for an announcement "soon", perhaps Wednesday.

Gordhan seems determined to continue as public enterprises minister, with Ramaphosa having tasked the former finance minister to reform and reconfigure misfiring and looted state-owned companies, considered to be the epicentre of grand corruption and state capture which flourished under former president Jacob Zuma.

A government official, with intimate knowledge of reform efforts in the state and government, said Ramaphosa "relies 110% on Gordhan to do 40% of the work", and that Gordhan has signalled his desire and commitment to assist Ramaphosa.

This, despite findings by the Nugent commission of inquiry into SARS that there was nothing untoward in Gordhan's decision, and a determination in 2016 by Shaun Abrahams, then national director of public prosecutions (NDPP), to decline prosecuting Gordhan on charges of fraud related to Pillay's pension.

Gordhan denies that he acted improperly and says in his founding affidavit that he acted within the law, in accordance with departmental prescripts and that his decision granting Pillay retirement was considered and thorough. He also cites the specific laws observed and outlines processes undertaken before a decision was made.

Gordhan has been in the crosshairs of Malema and the EFF, who have waged a vicious campaign against him since last year, calling him "a dog of white monopoly capital".

On Saturday, he warned Ramaphosa not to appoint Gordhan, and on Tuesday said the minister is "a crocodile" and he has him "by the tail".

The EFF has also said it would join Mkhwebane in opposing Gordhan's review application.

A complaint against Gordhan was also laid with the ANC's integrity commission on Monday. It was lodged by an ANC branch member using an affidavit by Luther Lebelo, a senior SARS executive, as supporting evidence. Lebelo was close to former SARS commissioner Tom Moyane, a sworn enemy of Gordhan's.

ATM, a political party with alleged ties to Zuma, has also come out against Gordhan, saying it is shocked about "continuing revelations" about Gordhan and the pension matter, and that he should recuse himself from serving in government.

The party will also ask the Speaker of Parliament to convene an ad hoc committee to look into Gordhan's fitness to serve as an MP.

Gordhan's supporters in state and party say it is clear that Mkhwebane's report is being used as a "crude and blunt instrument" to prevent him from returning to Cabinet.

A source in government says Ramaphosa is heavily reliant on Gordhan to implement government-wide reforms, while another senior source in the ANC said the EFF's obsession with Gordhan should be questioned.

In his affidavit, Gordhan asks the court to set aside Mkhwebane's report as being "unconstitutional, unlawful, improper and invalid".

He also asked the court to make a similar declaratory order that she acted in an "unconstitutional, unlawful, improper and invalid" manner and that it should make a punitive cost order against her.