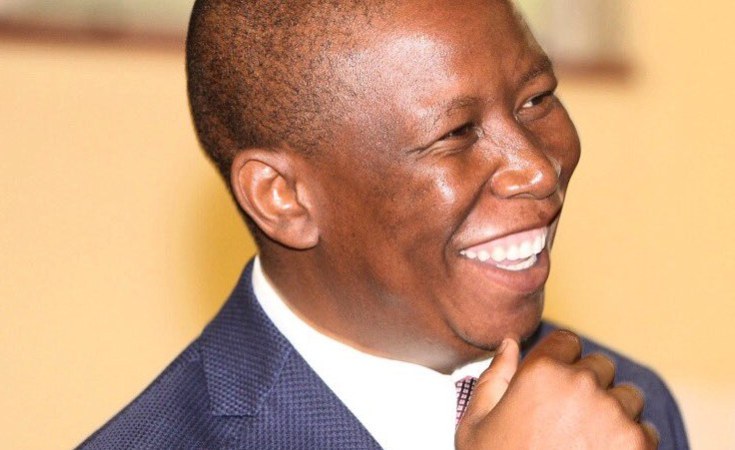 EFF leader Julius Malema has dismissed an investigation revealing the party benefited from R4.13-million looted from VBS Mutual Bank. Malema claimed he's not worried about 'lizard' journalists while the 'crocodile' Pravin Gordhan is in the party's sights.

EFF President Julius Malema on Tuesday claimed there was a "witch-hunt" against the EFF after Daily Maverick's Scorpio published an investigation tracing how R4.13-million looted from VBS Mutual Bank was used to benefit the party.

Malema claimed the story was "recycled" and was released to defend Pravin Gordhan, who critics say should not be appointed in President Cyril Ramaphosa's Cabinet after Public Protector Busisiwe Mkhwebane found he acted unlawfully.

"I'm not going to entertain this thing that every time Pravin is in hot water and the EFF takes a stand Pauli goes to a dustbin to dig the old (story). I don't have time for that. She must go and be buried in that dustbin where she digs the old recycled story of VBS. There's...

Minister Gordhan Violated the Consitution - South African Ombud
Tagged:
Copyright © 2019 Daily Maverick. All rights reserved. Distributed by AllAfrica Global Media (allAfrica.com). To contact the copyright holder directly for corrections — or for permission to republish or make other authorized use of this material, click here.