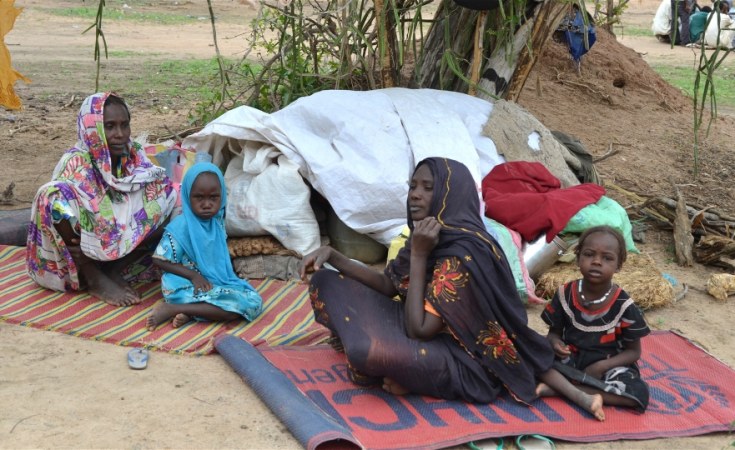 The recent spike in violence in North-west has forced an estimated 20,000 people to seek safety and security in Niger Republic since April, the Geneva-based United Nations High Commission on Refugees (UNHCR), has said.

UNHCR gave the figure as the UN General Assembly yesterday declared August 22 as the International Day Commemorating the Victims of Acts of Violence Based on Religion or Belief.

UNHCR, the UN refugee agency, said it was concerned about deteriorating security in Nigeria and was working closely with authorities in Niger Republic to provide basic assistance and register the new arrivals.

The spokesman of the UN agency, Babar Baloch, said in a statement yesterday that more than 18,000 people had already gone through the initial registration process so far.

The statement added that the latest upsurge in violence is not linked to Boko Haram.

It said: "People are reportedly fleeing due to multiple reasons, including clashes between farmers and herders of different ethnic groups, vigilantism, as well as kidnappings for ransom in Nigeria's Sokoto and Zamfara States.

"People leaving Nigeria and arriving in Niger's Maradi Region, speak of witnessing extreme violence unleashed against civilians, including machete attacks, kidnappings and sexual violence. The majority of the new arrivals are women and children."

The UN body added that the ongoing Boko Haram insurgency has already spilled over into Niger, where it has affected its Diffa region since 2015.

According to UNHCR, the region currently hosts almost 250,000 displaced people - including refugees from Nigeria and locals, being displaced inside their own country.

"Niger continues to be a leading regional example in providing safety to refugees fleeing conflict and persecution in many countries. It has kept its borders open for refugees despite the ongoing violence in several regions bordering Nigeria, Mali and recently Burkina Faso," UNHCR said.

The agency added that many of the newly arrived are located close to the Nigerian border, where there remains a high risk of armed incursions.

UNHCR with sister UN agencies and partners is discussing with the government the possibility of relocating them into local towns and villages further inland.

"As well as providing aid to Nigerian new arrivals, UNHCR also plans to support host families, who despite lack of adequate resources and access to basic services, have always shown solidarity towards the displaced and welcomed people into their homes.

"Since the beginning of 2018, violence within the Diffa region perpetrated by elements of Boko Haram has also significantly escalated with a record number of civilian casualties and unprecedented secondary movements within the region.

"Niger is currently hosting over 380,000 refugees and asylum seekers from Mali and Nigeria as well as its own internally displaced population. The country has also provided refuge to some 2,782 asylum seekers airlifted from insecurity in Libya, while awaiting durable solutions," UNHCR said.

Meanwhile, the UN General Assembly yesterday declared August 22 as International Day Commemorating the Victims of Acts of Violence Based on Religion or Belief.

This followed the adoption of draft Resolution A/73/L85 tabled by Poland with support from several other countries.

The News Agency of Nigeria (NAN) reported that the supporting states include the core group consisting of Brazil, Canada, Egypt, Iraq, Jordan, Nigeria, Pakistan and the United States.

Meanwhile, President Muhammadu Buhari yesterday in Abuja gave fresh directives to service chiefs, asking the heads of security agencies to properly police the country's borders and put paid to the influx of arms into the country.

The president who gave this directive while meeting with heads of the security agencies in the State House, also expressed happiness over the progress made so far in the fight against criminal activities.

The meeting was the third the president would hold with service chiefs and other heads of security agencies including the Inspector-General of Police, Mr. Mohammed Adamu, in the last one month.

According to him, the president directed them to bridge the gaps created by porous borders and end illegal flow of arms into the country.

Describing policing Nigeria's borders as a daunting task, which would take divine intervention to effectively address, Ibas said new strategies would have to be evolved, including air surveillance of such borders.

He said: "Another area of concern was the arms inflow into the nation. It is only God perhaps that can police such an expanse of border that we have. That is an area that Mr. President has directed that we do all that we can to ensure that we block the gaps and those security areas that we also need to address.

"Solution of course is to identify other means and strategies of addressing the border's porous nature. The military (of course) responsibility is to defend the country but there are other agencies of government that are responsible for manning the various border openings. An option perhaps is the surveillance in the air and other things are being considered."

The naval boss also said the president expressed happiness over the briefing he received from the service chiefs on the progress made in the battle against banditry, kidnap and robbery which have been ravaging the country.

According to him, the success was spurred by the synergy among various security outfits which he said was demonstrated in the sharing of intelligence as well as voluntary disclosure of information on security crisis by members of the public.

He explained that yesterday's meeting was called by the president against the background of his inauguration for a second term in office today to reappraise issues discussed in the last meeting and the progress made since then.

He added: "I'm sure you will recall we met just about two weeks ago but the president had to call for this meeting, given that tomorrow he will be sworn in. Of course, basically the meeting was to further reappraisal on the actions taken after the last meeting.

"You all recall too the spate of insecurity particularly armed banditry, kidnapping and robbery had been specifically on the increase in some parts of the country. The briefings were to the effect that we had better responses from the military and security agencies in those areas that we have earlier mentioned

"This is particularly because of the improved synergy amongst the various agencies that are providing information and intelligence. Furthermore, we have also had members of the public voluntarily offering information to the areas of the security challenges.

"I think on the whole Mr. President was happy with the security situation, the efforts that the armed forces and the security agencies are carrying out to tackle the security challenges."

Asked if the meeting was a valedictory forum for the service chiefs whom Nigerians have been calling for their ouster, Ibas said he was not sure it was a valedictory call, saying he was only sure that the president would take an oath of service for a second term today.

"Valedictory? I'm not too sure. But I do know that the inauguration of Mr. President is tomorrow."

Also asked how prepared the security agents were for today's inauguration, Ibas said a committee had been inaugurated to handle the task and it is well prepared for the task.

Boko Haram Not the Biggest Cause of Violence In Nigeria - UN
Tagged:
Copyright © 2019 This Day. All rights reserved. Distributed by AllAfrica Global Media (allAfrica.com). To contact the copyright holder directly for corrections — or for permission to republish or make other authorized use of this material, click here.