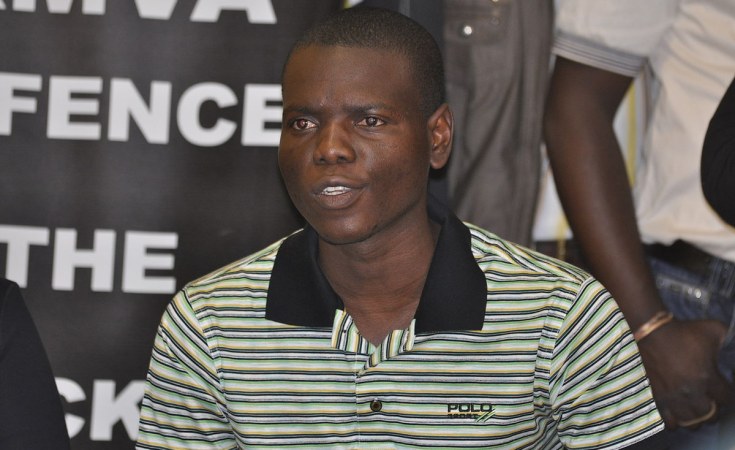 Newly-appointed Minister of Justice and Correctional Services Ronald Lamola could be described as the ANC's favourite comeback kid.

The qualified and accomplished lawyer is described by his peers as highly intelligent, humble, yet stubborn at times.

Lamola's failed attempt to secure the leadership of the ANC Youth League in 2015 following its disbandment resulted in the attorney going to ground.

He resurfaced as one of the very few voices in the ANC calling for then-president Jacob Zuma to step down, following the Constitutional Court judgment which found Zuma had violated the Constitution and his oath of office in the Nkandla saga, relating to non-security upgrades at his private home.

At some point, he and a handful of his comrades demonstrated for this outside an ANC national executive committee meeting (NEC) and attempted to occupy the party's Luthuli House headquarters, to show their dissatisfaction with the state of the ANC, and called for a dissolution of the party's NEC.

In 2017, Lamola appeared alongside his then-provincial chairperson David "DD" Mabuza and within months, he would go on to become a vocal supporter of Cyril Ramaphosa to succeed Zuma as ANC president.

From the ANC's watershed Nasrec conference in 2017, he was the youngest NEC member elected and he was also elected into the national working committee structure.

It is understood Lamola, when asked to serve as a minister by Ramaphosa in 2018, declined, opting to continue focusing on his law firm, which is based in Pretoria.

Lamola also serves on numerous boards, including the Media Development and Diversity Agency (MDDA) Board, and the new SA Express board.

Statement On the Appointment of Members of the National Executive

Ramaphosa Proposes Date for State of the Nation Address

Ramaphosa's Cabinet 'Unimpressive', a 'Declaration of War'
Tagged:
Copyright © 2019 News24Wire. All rights reserved. Distributed by AllAfrica Global Media (allAfrica.com). To contact the copyright holder directly for corrections — or for permission to republish or make other authorized use of this material, click here.