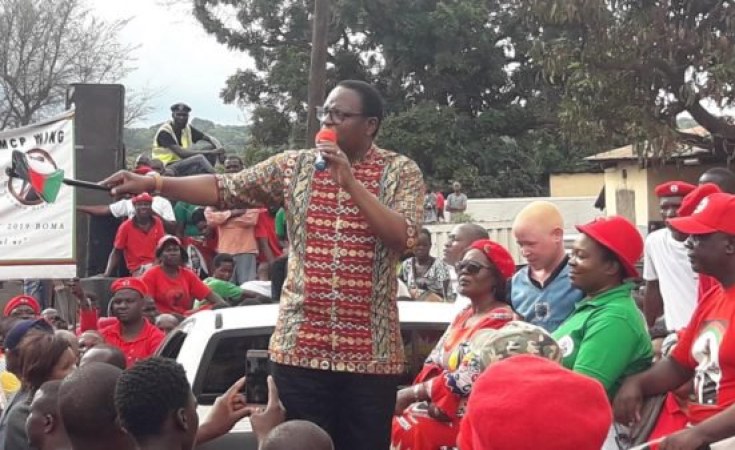 In denial of their defeat in the elections last week, main opposition Malawi Congress Party (MCP) is lobbying new UTM Party of former vice president Saulos Chilima to be party to the inauguration of MCP leader Lazarus Chakwera as the 'people's president' and jointly incite more anarchy which should lead to the forced removal of President Peter Mutharika.

Chakwera 'will not accept election result'

They have named the protests "Operation Al-Bashir" - after the public demonstrations that led to the removal of president Omar Al-Bashir in Sudan last month.

"Chakwera will be recognised as the legitimate president of Malawi," said a party official privy to the plot.

Their intention is to use the demonstrations to cause anarchy, make the country ungovernable and gain calls for Mutharika to step down.

In their plan, they have chosen northern region as a location to trigger the protests which they intend to spread across to all regions.

Speaking on BBC Focus on Africa in his first interview since his opponent, President Peter Mutharika, was announced the winner of the presidential race. Chakwera said he will continue to challenge the result of the Malawi election in the court.

Chakwera insists there is still a case to be heard in the courts.

"If we do not fight for the Malawians they may never know what actually happened," he said.

He argued that there had been serious irregularities in the counting of the vote.

"It's an electoral system in which officers of the electoral commission can use Tipp-Ex [correction fluid] on results sheets from all over the country... and yet there are no consequences," he said.

Meanwhile, intelligence reports indicate Chakwera was holding a meeting with rights activist Timothy Mtambo on the organization of the protests.

Throughout Mutharika's first term, Chakwera and Mtambo have worked together in organizing anti-government public demonstrations.

However, this time around, they are using their grievances on the elections in organizing the current protests and they want to amplify pockets of post-election violence seen in central region.

Ironically, Mtambo himself has endorsed Mutharika's victory by signing a Malawi Electoral Support Network (MESN) final report which declared Mutharika the winner. Mtambo signed the document in his capacity as board member of MESN.

Malawi Electoral Commission (MEC) pronounced Mutharika the winner of the elections on Tuesday. In addition to MEC, major political parties, National Initiative for Civic Education (NICE) and MESN operated independent national tally centres all of which found Mutharika the winner.

Final results show that DPP won on all three fronts. Alongside winning the presidential vote, DPP also amassed more councillors and MPs, beating all other parties that competed in the election.

Mutharika has rejected criticism of the election result, saying international observers had given the vote a clean bill of health.

He said the election was a collective achievement for the country.

"For the first time in the history of our country, this election was entirely funded from our own sources. Let us be proud of ourselves as Malawians. This is time to unite and develop this country and now is the time. Malawi is the only country we have," said the President.

International election observers such as European Observer Mission (EOM), the Commonwealth and SADC have described the elections as free, fair, credible and well-organized.

Mutharika is expected to be inaugurated this Friday at the same venue before holding a victory rally at Njamba Freedom Park in Blantyre on Sunday.

Previous Story
Next Story
Head to Head Race for the Presidency

Head to Head Race for the Presidency 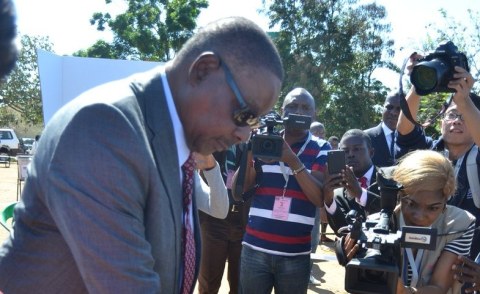 Malawi Opposition Supporters Protest Against Election 'Robbery'
Tagged:
Copyright © 2019 Nyasa Times. All rights reserved. Distributed by AllAfrica Global Media (allAfrica.com). To contact the copyright holder directly for corrections — or for permission to republish or make other authorized use of this material, click here.