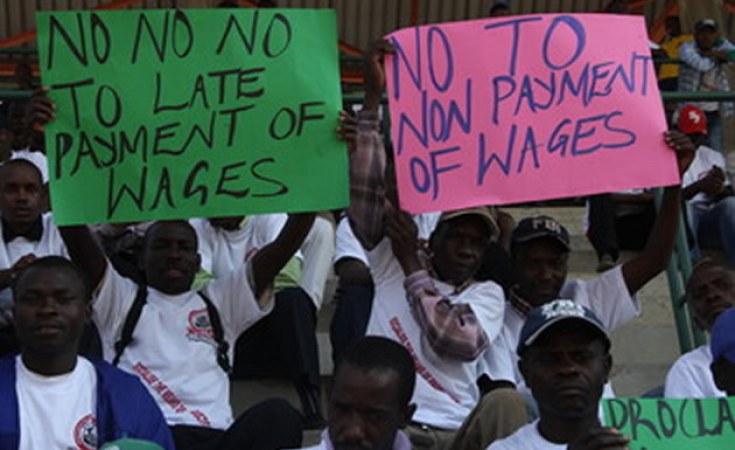 The United States Embassy in Zimbabwe openly pinned its mast on the anti-Government movement in Harare yesterday after it made a desperate call for the opposition to demonstrate against President Mnangagwa's administration.

MDC-Alliance and its civic society flotilla had sold yesterday as a day for a "national shutdown", a codeword for violent demonstrations predicated on bringing business to a halt in the country.

For its part, the US Embassy, long-linked to subversive activities in the country to effect illegal regime change, tweeted: "All citizens and their civic leaders, political parties, or civil society organisations have the constitutional right to peaceful assembly and association. All important roles to play in contributing to Zimbabwe's future and must be given the space and freedom to do so."

However, the call for the "shutdown" met with little success yesterday.

It was business as usual as Zimbabweans ignored calls on social media by rogue elements within opposition parties and civic society to stay away from work as a way of pushing President Mnangagwa out of power.

Social media was awash with calls from opposition parties, civic organisations and even the US Embassy in Harare inciting people to demonstrate, albeit hiding behind democratic rights to demonstrate as enshrined in the Constitution.

The Chamisa-led MDC-Alliance is known to have been clandestinely organising violent protests to push for regime change.

The demonstration turned out to be a big yawn as people continued with their businesses as usual despite spirited calls for disturbances.

This proved true what President Mnangagwa said in Gweru during a graduation parade for Zimbabwe National Army Cadet Officers that Zimbabweans are peace loving people.

President Mnangagwa had said that all efforts to disturb the peace enjoyed in the country were bound to fail as Zimbabweans by nature shun violence.

Truly, the efforts by regime change agenda to cause despondency failed yesterday as Zimbabweans shunned calls for stay away and continued with their errands.

Police were on high alert to check on unscrupulous elements that threatened the people's peace.

Sensing that the stay away had flopped, rogue elements in opposition parties and civic society tried in vain to threaten people with violence but they never heed the call to leave town.

In a statement that circulated on social media, it threatened people with violence for turning a deaf ear on their calls to demonstrate.

"We don't want to repeat the same as what happened in January, please don't force us to be violent we have sent you a clear message which circulated in the previous two days about today's stay away and it seems as if you are relying on ZRP propaganda by 12:00 please please tapota by 12:00 munhu wese ngaabude mu town nhasi, munhu wese budai mu town be it Harare, Bulawayo, Gweru Masvingo, Mutare, torai vana vamaendesa kuzvikoro before 12:00 today we are going to close all the roads, burning mota dzese dzichafamba after 12:00pm nhasi," reads the statement.

However, people were not moved by the threats and continued with their business as usual.

Demonstrations have proved that they are not good for the country as they disrupt business and can be used by unscrupulous elements to loot.

Zimbabwe Retailers Association Denford Mutashu told Zimpapers owned radio station Star FM that negotiation between Government and business was the only way to solve the economic situation and not demonstrations.

Police yesterday said they were ready to deal with anyone who engages in any form of violence following social media reports by some rogue elements calling for a so-called national shutdown.

They are threatening to punish people conducting their business or going to work, burn vehicles, destroy shops and stopping children from going to school, among other illegal activities.

The ZRP which is now on high alert to thwart any disturbances countrywide has since started conducting investigations on the source of this alarming message.

In a statement on Wednesday national police spokesperson Assistant Commissioner Paul Nyathi warned anyone who engages in any form of violence that they will be arrested and face the full wrath of the law.

Double Trouble For Mnangagwa As Doctors, Teachers Threaten Strike
Tagged:
Copyright © 2019 The Herald. All rights reserved. Distributed by AllAfrica Global Media (allAfrica.com). To contact the copyright holder directly for corrections — or for permission to republish or make other authorized use of this material, click here.