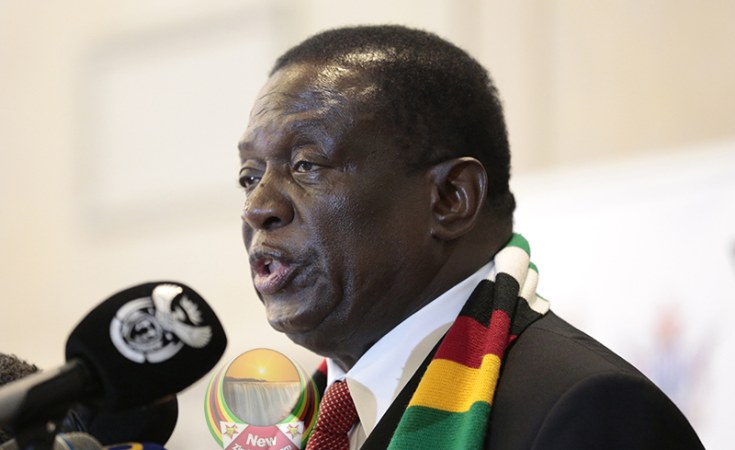 Charamba reacted angrily to Chamisa's unsolicited rant at Mnangagwa, in a speech delivered at the late national hero Dumiso Dabengwa's graveside on Saturday. Dabengwa was buried in his Ntabazinduna home.

While Chamisa was not initially billed to speak, when he got his hands on the microphone, he let rip at Mnangagwa, accusing the Zanu PF leader and his lieutenants of "snubbing" the liberation war stalwart and former Cabinet Minister in his death.

"He (Chamisa) is not only foolish but ignorant as regards how government works. We could give you a list of 20 other heroes who chose not to be laid to rest at the National Heroes Acre. On all these occasions, it was not the President who presided but junior government officials," said Charamba.

"If we are to take Chamisa's warped understanding of issues, then it means President Mnangagwa snubbed (Oliver) Mtukudzi."

Iconic singer Mtukudzi, who died early this year, was declared a national hero and was laid to rest at his Madziwa rural home. President Mnangagwa did not attend the burial.

In his speech at the Dabengwa burial, Chamisa said he had been shocked by Mnangagwa's absence and drew parallels with South African leader Cyril Ramaphosa who sent a representative.

"Is it not a sad indictment that we have President Cyril Ramaphosa sending somebody to represent, yet we have our Vice Presidents and President not coming to honour this man," Chamisa said to applause.

But Charamba said Zimbabwe has no obligation to copy South Africa.

"For someone aspiring to be leader of this country, Chamisa is disappointingly elementary. We dismiss whatever Chamisa says with the contempt it deserves," Mnangagwa's spokesperson said.

Dabengwa died in Nairobi, Kenya en-route to Zimbabwe from India where he had gone to seek specialist medical treatment. Mnangagwa said government had been footing the opposition Zapu leader's medical expenses since April.

His family requested that government allows them a private funeral forcing, Mnangagwa to stay away according to Charamba.