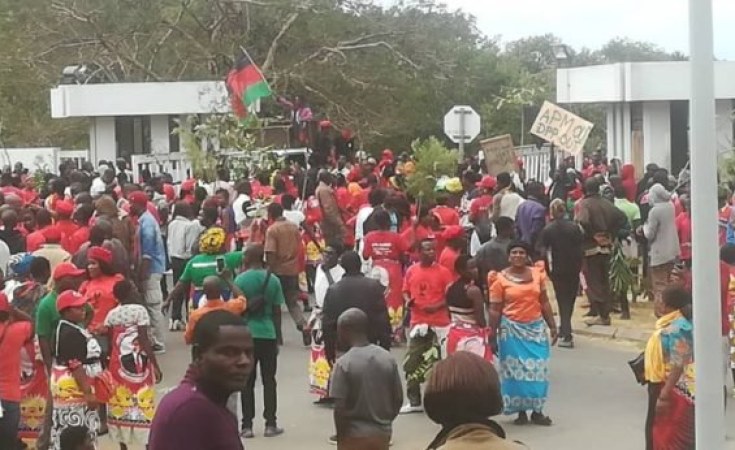 The opposition Malawi Congress Party (MCP) leader Lazarus Chakwera is facing strong condemnation after his supporters were organised and sponsored to disrupt government business at Capital Hill as they raided the seat of government on Tuesday to protest against alleged fraud in elections last month that returned Peter Mutharika as president.

Chakwera is on record to have warned 'bloodshed' as he claims he won the presidential election despite the Malawi Electoral commission's official declaration that President Mutharika was the victor.

Hundreds of MCP protesters swarmed into ministerial and civil servant offices marched from their party headquarters to Capital Hill, the seat of the Malawi government, chanting anti-Mutharika slogans and demanded everyone to leave office.

The MCP says it will "swear in" Chakwera as alternative president.

"People are demanding that Chakwera, who won the elections, must be sworn in as the president," said Eliah Kamphinda-Banda who took part in the Tuesday's march, dubbed: "For Malawi to rise, Mutharika must fall".

However, the conduct of MCP supporters at Capital Hill has been roundly condemned as "tantamount to taking the law into own hands" with a case pending in court.

Chakwera has been urged to urge party's supporters to desist from engaging in "mob justice" tactics that may have the potential to erode the very public sympathy needed in such causes.

MCP leadership and supporters have been advised to allow the wheels of justice to freely spin in their pursuit for justice.

Government has since warned MCP that the rule of law will take its course should party cadres continue to disturb government business at Capital Hill.

In a statement made available to Nyasa Times, chief secretary to the government Lloyd Muhara says Capital Hill will now be safeguarded by all means so that people are not denied public services.

"All civil servants are therefore being called upon to continue discharging their duties normally from their offices," says the press release.

On Tuesday, civil servants at Capital Hill were forced out of their offices by MCP cadres who invaded the seat of government, saying the civil servants were working for an illegal government.

"Civil Servants Trade Union wishes to inform the general public that civil servants are not elected employees and they don't practice politics at any level," says the CSTU general secretary Madalitso Njolomole.

In Blantyre, a priest of the influential Catholic Church, Father George Kaliati has asked the opposition to acknowledge President Mutharika win.

"Let us end these hostilities. We all have responsibilities to develop our nation. In any race, there can only be one winner and God has given us Mutharika," said Kaliati, who is the priest for St Pius Parish in Blantyre.

The priest said God had a purpose for Mutharika to manage the country's affairs for the next five years.

"Malawians voted for him again," he said in his homily last Sunday.

Chakwera has rejected the outcome of the presidential elections as "daylight robbery" and launched a court battle to have the result annulled on the grounds of fraud.

The MCP has said there was correction fluid on some election results sheets while others some from polling stations far apart bore the same handwriting.

Protesters carried placards reading "DPP out", "Mutharika stole the election" and "who supplied tippex", in reference to the correction fluid allegedly used to alter voting sheets. 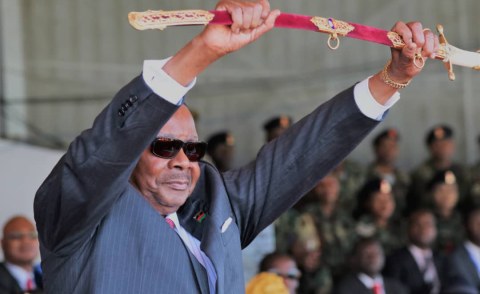