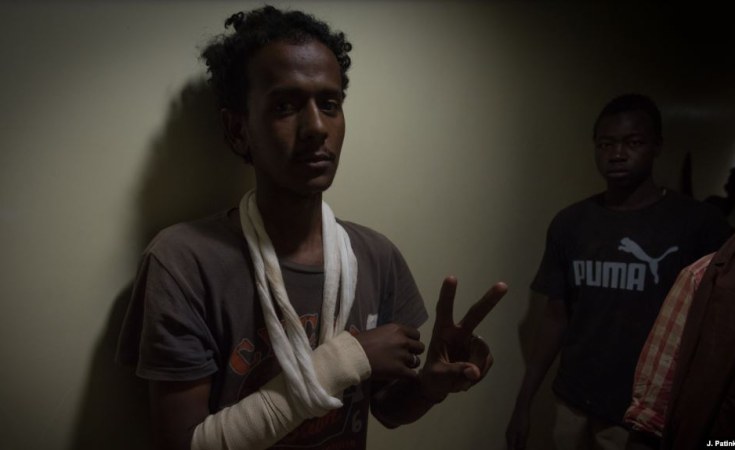 Sudanese opposition activists today reported that dozens of bodies have been recovered from the River Nile in Khartoum, following a bloody crackdown on protests by security forces, and a surge in attacks by members of the Rapid Support Forces (RSF), a special military force allied to Sudan's former government.

"This should be a week of celebration in Khartoum, as residents mark the first Eid-al-Fitr since the end of Omar al-Bashir's 30-year reign of terror.

"Instead, as security forces roam the streets killing and attacking people, the holiday has become a time of fear, shock and grief.

"Doctors in Khartoum have reported that as many as 100 people have been killed since Monday, when forces - including RSF members - swept into protest sites and opened fire on unarmed people.

"The death toll is now soaring as the RSF - the special military force which killed, raped and tortured thousands in Darfur - brings its murderous rampage to the capital. Reports that bodies have been dumped in the river demonstrate the utter depravity of these so-called security forces.

"Sudan's recent history has been defined by impunity for war crimes and other serious human rights violations.

"We are urging the African Union Peace and the UN Security Council to break this cycle of impunity, taking immediate action to hold the perpetrators of this violence accountable."

The RSF was created in 2013 under the command of Sudan's National Intelligence and Security Services. Amnesty and other human rights groups have documented serious crimes committed by the RSF, including in the context of counterinsurgency campaigns in Darfur.

AU Suspends Sudan's Membership
Tagged:
Copyright © 2019 Amnesty International. All rights reserved. Distributed by AllAfrica Global Media (allAfrica.com). To contact the copyright holder directly for corrections — or for permission to republish or make other authorized use of this material, click here.