Zimbabwe: ED Pleads With Workers to Abandon Confrontation With His Govt 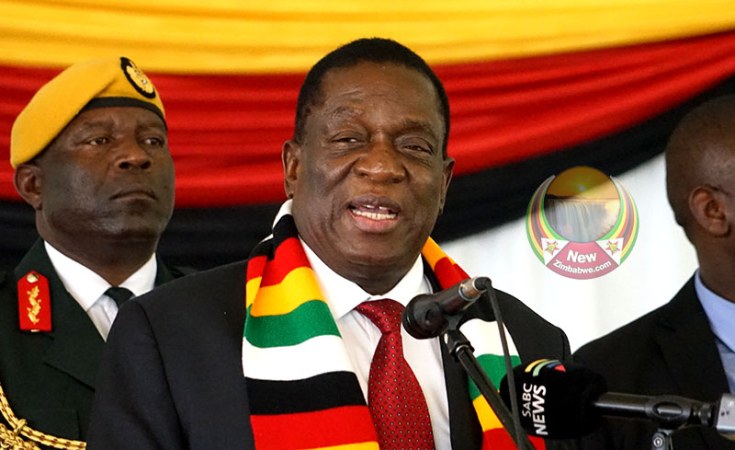 President Emmerson Mnangagwa has pleaded with Zimbabwean workers to abandon their confrontational approach with his government following wild protests in January this year that left 17 dead and more injured.

He was launching the Tripartite Negotiating Forum (TNF) Act which is aimed at paving way for the establishment of a platform of social partners - Government, labour and business.

"In the Second Republic, let us shun the culture of militancy, disharmony and demonstrations," Mnangagwa said.

"We must develop greater understanding of each other's perspectives. Like one writer says, 'Most problems would disappear if people talk to each more, instead of talking about each other'.

"Violence must never be used as a tool to gain temporary advantage at the expense of the people we must serve and protect.

"That old, retrogressive culture will only serve to widen our fissures and exacerbate our socio-economic challenges, and further delay the prosperity that our country so much needs and people deserve."

Mnangagwa said although the TNF Act largely speaks on the three parties - government, business and labour - his administration took into consideration the concerns of ordinary citizens and those in the informal sector amid fears they may join demonstrations.

"While the Tripartite Negotiating Forum is configured on a tripartite basis; we must consider embracing and accommodating other vulnerable and marginalised sections of our society," Mnangagwa said.

However, in what appeared to be an immediate shot at Mnangagwa, Zimbabwe Congress of Trade Union (ZCTU) President Peter Mutasa exclusively told NewZimbabwe.com the TNF Act was subordinate to the constitution.

He hinted that in the event the platform failed to address the concerns of workers and citizens peaceful, fresh protests will be rolled.

Zimbabwe's workforce has upped its demands for a wage review in the wake of rising prices of goods and services.

Government insists it has no money to meet the demands.

Double Trouble For Mnangagwa As Doctors, Teachers Threaten Strike
Tagged:
Copyright © 2019 New Zimbabwe. All rights reserved. Distributed by AllAfrica Global Media (allAfrica.com). To contact the copyright holder directly for corrections — or for permission to republish or make other authorized use of this material, click here.