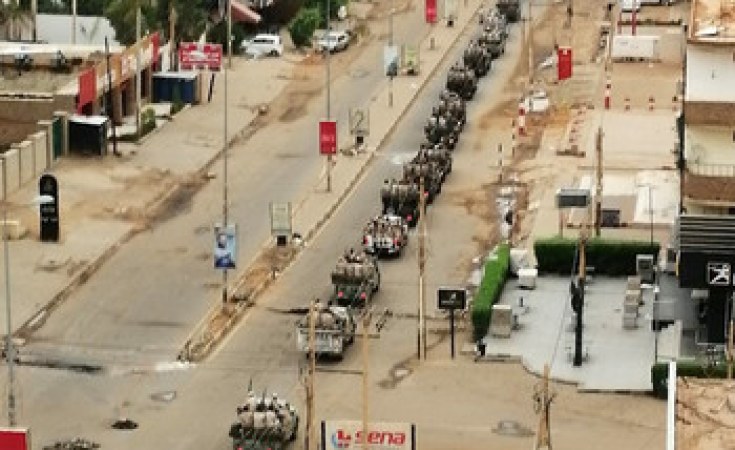 Protest leaders in Sudan are urging people to participate in acts of civil disobedience to put pressure on the military after the deadly disruption of their recent sit-in.

The Sudanese Professionals Association (SPA), which led the demonstrations that spurred the army to topple President Omar al-Bashir, said Saturday that its resistance effort would begin Sunday and continue until the military council ceded power to civilians.

The call came about a week after security forces moved to disperse the protest camp outside the military's headquarters in Khartoum. At least 113 people have been killed since Monday, doctors close to the protesters said. The Sudanese health ministry put the death toll at 61.

The SPA said it had accepted Ethiopia's Prime Minister Abiy Ahmed as a mediator to resume talks with the military council, although it demanded an independent investigation into the violence that has occurred since al-Bashir's removal.

Ahmed urged "courage" as he met Friday with Sudan's ruling generals and opposition leaders in an attempt to ease the political crisis.

Upon arriving in Khartoum, Ahmed conferred with the ruling Transitional Military Council (TMC), including TMC chief Gen. Abdel-Fattah Burhan. He later met separately with leaders of the Forces for Freedom and Change (FFC), a coalition of political groups whose protests helped drive Bashir from power in April.

Ahmed has won praise for reforms inside Ethiopia and for making peace with his country's neighbor and longtime foe, Eritrea.

No resumption of talks

There was no sign Friday, however, of a revival of talks between Sudan's military and opposition. Protest leaders Friday insisted that any new talks with Sudan's generals could only happen if certain conditions were met, including the removal of the military from the streets.

A military crackdown on the main protest site in Khartoum earlier this week killed dozens of people and wounded hundreds more.

Many observers blamed the violence on the paramilitary Rapid Support Forces, who have their origins in the notorious Janjaweed militias that Bashir used during the Darfur conflict in the early 2000s.

Opposition Leader in Juba Despite Promise to Stay in Sudan
Tagged:
Copyright © 2019 Voice of America. All rights reserved. Distributed by AllAfrica Global Media (allAfrica.com). To contact the copyright holder directly for corrections — or for permission to republish or make other authorized use of this material, click here.